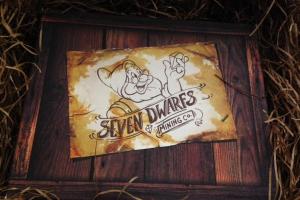 From the Orlando Business Journal –

The press has been invited to get a look April 30-May 2 at the new Seven Dwarfs Mine Train coaster at Walt Disney World’sNew Fantasyland, set to open this spring.

But, seriously: New attractions like the mine train are important to Orlando’s growing economy, as they help bring more visitors to local theme parks, who will spend at Central Florida businesses — including hotels, restaurants and more — helping fuel Orlando’s $50 billion tourism industry.

The ride is the last attraction of the Magic Kingdom’s New Fantasyland expansion — the largest expansion since the park’s opening in 1971.

There’s no official opening date for the ride just yet.