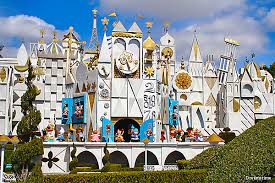 One year after NBC scored monster ratings for a February anniversary special celebrating one of its top properties — “Saturday Night Live” — ABC is hoping for a little ratings magic of its own when it commemorates Disneyland’s 60th anniversary with a primetime extravaganza.

The Alphabet announced Thursday that “The Wonderful of Disney: Disneyland 60” will air Sunday, Feb. 21 from 8 to p.m. ET. The sweeps special will air while the network’s Sunday drama lineup is on hiatus until March.

ABC will celebrate the inventiveness and inspiration of Walt Disney’s big, bold creation with a star-studded Diamond Anniversary event, both in the heart of Hollywood at the Dolby Theater and throughout some of the most iconic locations at Disneylyand Park, including Sleeping Beauty Castle and Main Street USA, as well as Cars Land, a themed area of California Adventure Park.

The special will also showcase two displays of technology — the “Paint the Night” parade and the “World of Color — Celebrate!” The Wonderful World of Disney” in Disney California Adventure Park. The list of performers will be announced in the coming weeks.

Walt Disney opened Disneyland  on July 17, 1955, and the resort will continue the 60th Anniversary Diamond Celebration through the summer. The celebration, which also features sparkling decor, themed food and merchandise, will conclude on Sept. 5.

The “Disneyland 60” special is a production of Den of Thieves. Jesse Ignjatovic and Evan Prager are the executive producers.