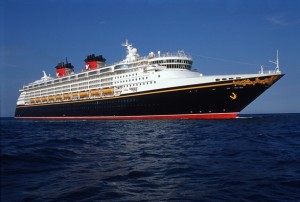 Cruise Critic®, the world’s leading cruise reviews site and online cruise community, has announced the winners of its 6th Annual Cruise Critic Cruisers’ Choice Awards. The awards name the best cruise ships in the world, based solely on ratings submitted with reviews published on the Cruise Critic website.

Disney Cruise Line was this year’s big winner, with a total of 11 first place awards, nine in the large ship category. Disney Dream was named “Best Overall” in the Large Ship category for a second year in a row, and was also awarded “Best for Families,” “Best Cabins,” and “Best Public Rooms.” Disney Cruise Line received top honors in two size categories for “Best Entertainment” and “Best Service,” for both Disney Dream and Disney Wonder, with the ships winning in the Large Ship and Mid-Size Ship categories, respectively.

Viking Star was the only new ship named to the list of winners, after being launched by brand-new cruise line, Viking Ocean Cruises, in 2015. The ship was named “Best for First-Timers,” and also received “Best Cabins” and “Best Public Rooms” in the Small Ship category. Viking Star’s sister-ship, Viking Sea, will launch later in 2016.

This is the fifth year that an Oceania ship won “Best Dining” in the Mid-Size category, with Marina receiving the nod this year. In addition to dining venues onboard, Oceania unveiled new culinary classes and culinary immersion programs in 2015. Oceania received five awards in total, including “Best Cabins” and “Best Fitness & Recreation” for Oceania Riviera.

“The Cruisers’ Choice Awards serve as a true stamp of approval from cruisers,” explained Carolyn Spencer Brown, editor-in-chief of Cruise Critic. “With hundreds of ships reviewed each year by thousands of cruisers, the winners of these awards stand as the absolute best of the best.”

The Cruise Critic Cruisers’ Choice Awards are awarded in three ship classes, based on passenger capacity (Large: 2,000+ passengers; Mid-Size: 1,200 to 1,999 passengers; Small: 1,199 or fewer passengers) and are calculated using the ratings submitted with each Cruise Critic member review.

For the full list of winners, visit the 2016 Cruise Critic Cruisers’ Choice Awards.