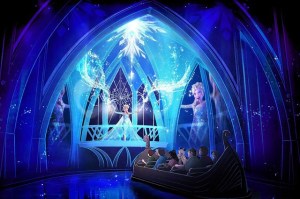 According to the Passholder Mickey Monitor which has just recently been mailed out to Annual Passholders offers probably one of the only official timelines for the opening of the two new Frozen themed attractions coming to Epcot later this year.

Both the Frozen Ever After ride and Royal Sommerhus are listed in the Mickey Monitor as opening in Summer 2016. Previously it was expected to open in the Spring of 2016. This ties in with recent reports of minor delays to the completion of the projects.

Of course, an opening window can be quite wide, and Disney may be playing it safe, or could simply be listing an official opening timeframe, with soft opens happening sooner, closer to the original late Spring 2016 date.