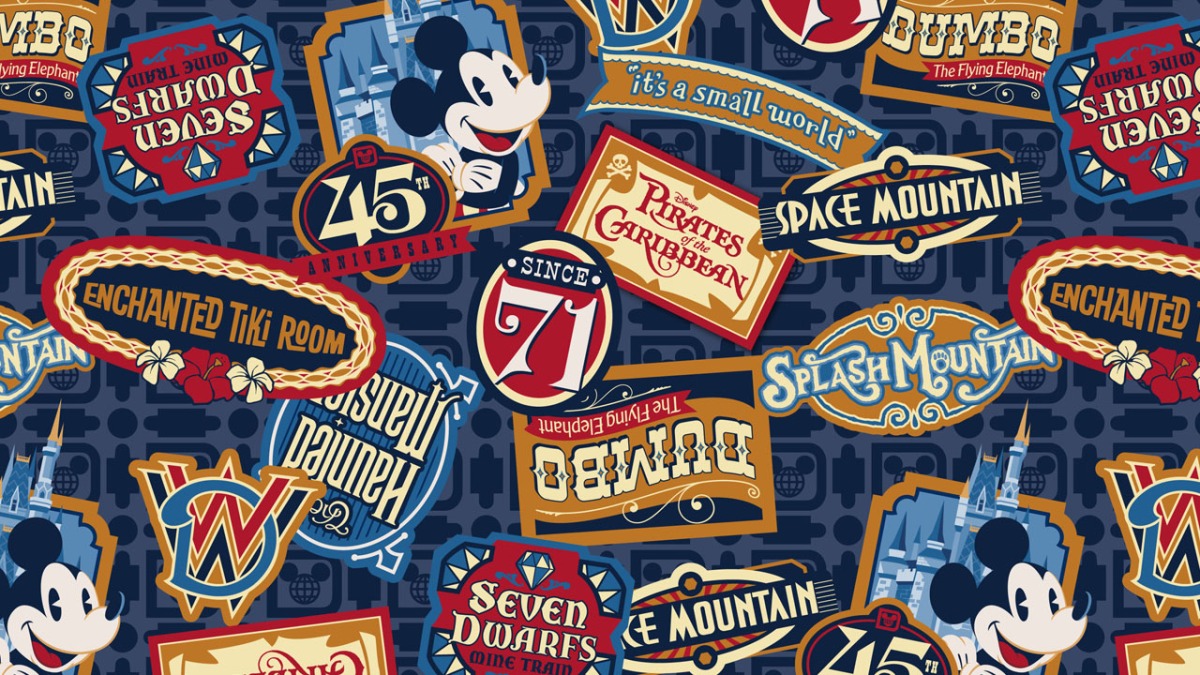 This October, Magic Kingdom Park at Walt Disney World Resort will celebrate its 45th anniversary. Today, we are being given a look at artwork created for commemorative merchandise being released this fall. I caught up with Cody Reynolds, Creative Manager with Disney Design Group, to learn more about the inspiration behind this program. 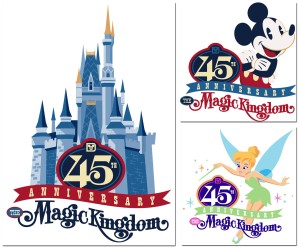 “We wanted the artwork to celebrate Magic Kingdom’s entire history since 1971 yet have an overall vintage feeling,” explained Cody. “Artist Jeff Grantio provided much of the artwork for this program. The attraction logos became a big focus for us as they each have such unique and iconic designs. We included opening year attractions like ‘it’s a small world,’ and other more recent additions such as Seven Dwarfs Mine Train.”

Cody mentioned the main merchandise logo shown above features each of the themed lands found in Magic Kingdom Park. There are two different color versions of this logo that can be applied to various products. This is particularly helpful when creating complementary apparel items or other goods like drinkware.

For the pastel color artwork, the team added Tinker Bell to several designs. You’ll also spot a vintage-looking Mickey Mouse which adds to the retro vibe.

Artwork was pulled together in a style guide used by all categories at Disney Theme Park Merchandise. The style guide includes logos, character artwork, color callouts, patterns and more that can be applied to various products. 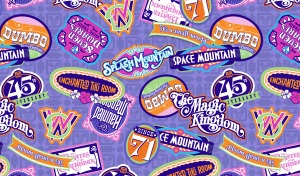