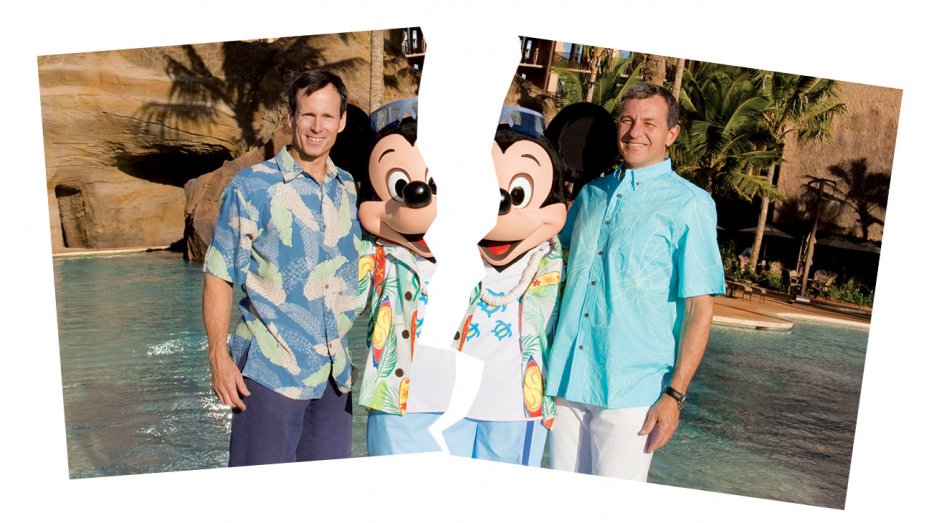 An awkward pall hung over the April 4 premiere of Disney’s The Jungle Book reboot. Hours before CEO Bob Iger, 65, walked the red carpet in Hollywood, the company had revealed that his heir apparent, COO Thomas Staggs, 55, will step down. The move, which left many at the premiere shocked, threw a carefully choreographed succession plan into disarray as Iger’s contract expires in June 2018. Disney isn’t talking, but insiders and observers have theories.

The Facebook COO has served on Disney’s board since 2009 and, according to some, has made it known she would like a CEO position that likely never will become available at Mark Zuckerberg’s company. While Sandberg, 46, lacks traditional Hollywood experience, she is savvy in digital media, which could be crucial as Disney faces a declining cable business.

2. Staggs lost the board

Some insiders say Disney board members ultimately believed Staggs, who came from the company’s parks division, lacks the creative experience in TV or film needed as CEO. “This would speak to the Disney board’s view of the importance of these businesses,” says Macquarie Group analyst Tim Nollen.

Many have focused on the possibility that Disney will look outside the company for a new leader (Chase Carey? Steve Burke?). But there are internal contenders, too. Bob Chapek, 57, who replaced Staggs atop the parks unit and once ran consumer products, is considered an Iger favorite, as is Ben Sherwood, promoted in 2015 from running ABC News to co-chairman of Disney Media Networks. Sherwood, 52, certainly has creative experience.

Running parks from 2010 to 2015, Staggs was the primary executive on Disney’s Shanghai resort, one of Iger’s key legacies. Disney and its China partners had planned to open the $5.5 billion park by the end of 2015, but they pushed it to June, when portions reportedly still will be unfinished. In addition, Disney’s parks division was the source of a major PR flap when it allegedly laid off 250 tech workers at its Orlando resorts in 2015 and replaced them with foreign workers using H-1B visas. Some of those laid off are suing, which is said to have enraged Iger.

It could be that simple. Iger’s post-Disney plan was set to include helping build an NFL stadium in Southern California for both the Raiders and Chargers, and he’d have an ownership stake in one. But the NFL rejected the proposal in favor of a rival plan, leaving Iger with one fewer option after he’s through running Disney.