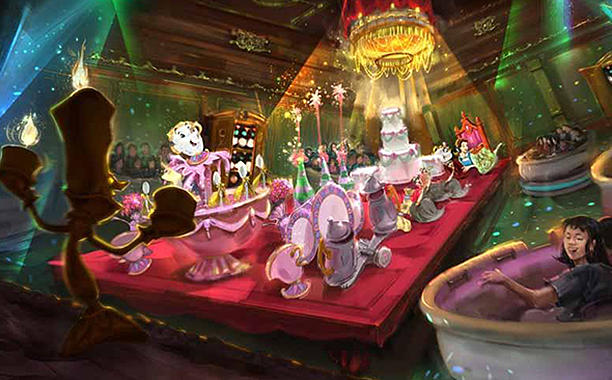 Tokyo Disneyland’s newly announced attractions might bring new people in to be their guests.

The Oriental Land Company, which owns the whole Tokyo Disney Resort, announced expansions for Tokyo Disneyland and Tokyo DisneySea Parks that would be completed by the end of 2020.

The big highlight is a revamped Fantasyland centered around a new area with a heavy Beauty and the Beast theme.

Expected to arrive in Spring 2020, visitors will be able to experience the Beast’s legendary castle and Belle’s bucolic village. The main ride in the castle puts riders on “enchanted serving dishes that dance in rhythm to the film’s well-known music and follow Belle on a romantic musical adventure inside the enchanted Castle where she dances her way into the heart of the Beast, just in time to break the fateful spell,” according to a press release.

Big Hero 6 lovers also received good news. Baymax will accompany riders on a 90-second whip ride set to music. Like Beauty and the Beast, it’s estimated to open in Spring 2020.