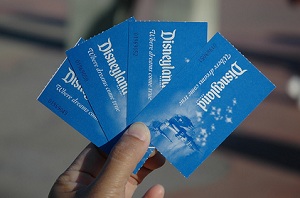 Walt Disney World’s demand-based pricing has succeeded in spreading out attendance at the parks in Florida and Southern California and increasing revenues, the company said in its quarterly earnings call.

Launched in February to alleviate overcrowding and ultimately increase revenue, the pricing system separates the calendar into “value,” “regular,” and “peak” days, each with a different single-day rate.

Over the 2015 holiday season, both Disneyland and Magic Kingdom reached full capacity and were forced to shut their gates. The parks saw a 10% increase in attendance in the last quarter of 2015.

The new pricing plan was instituted “in part to moderate attendance so that the park experience is a little bit better, but all designed with the effect of essentially raising revenue,” CEO Bob Iger said during the call. And indeed,  while the change did cause a “modest” decrease in attendance at Disney World in Florida between January and March, overall the Parks and Resorts division increased revenue by 4%, to $3.9 billion.

Disney also noted that its cruise business set records for revenue and operating income, though it did not provide details.