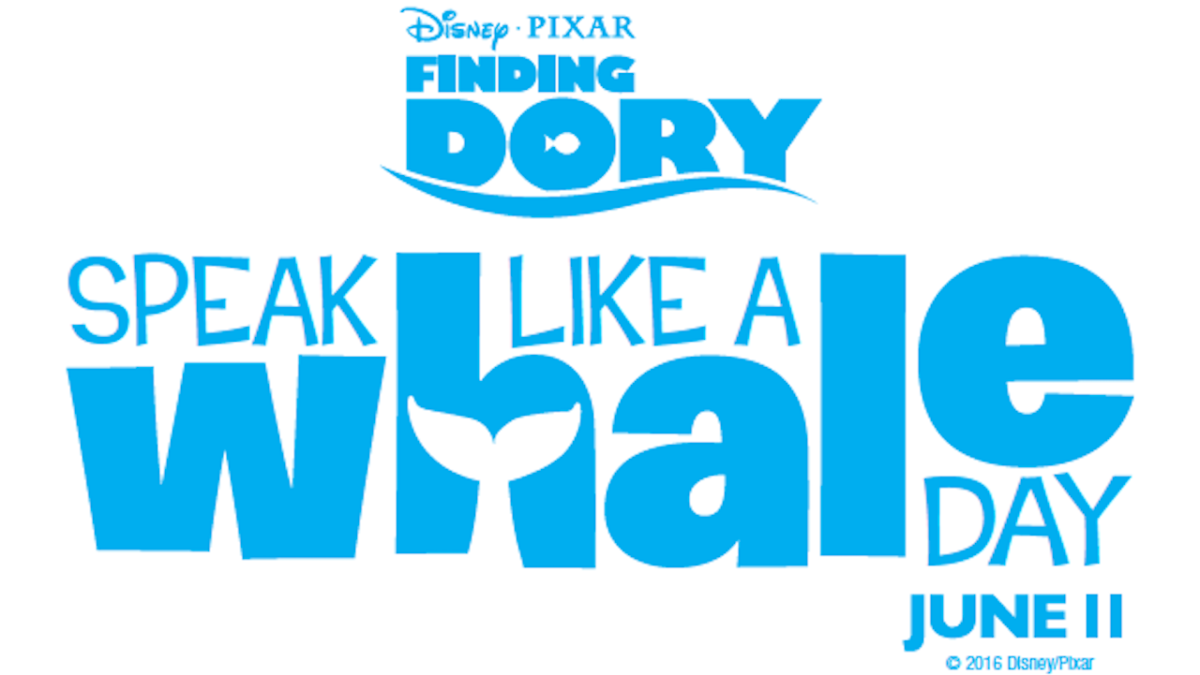 On Saturday, June 11, 2016 Disney Parks will celebrate Speak Like a Whale Day. Taking a cue from everyone’s favorite forgetful blue tang, Dory, and her new friends Bailey, a beluga whale who is convinced his biological sonar skills are on the fritz, and Destiny, a nearsighted whale shark, guests can learn to speak the language while taking part in some whale-sized fun.

Guests can celebrate in a number of ways:

Be sure to swim on into Disney Parks to check out all of the fun and don’t miss Disney•Pixar’s “Finding Dory” in theaters June 17, 2016.