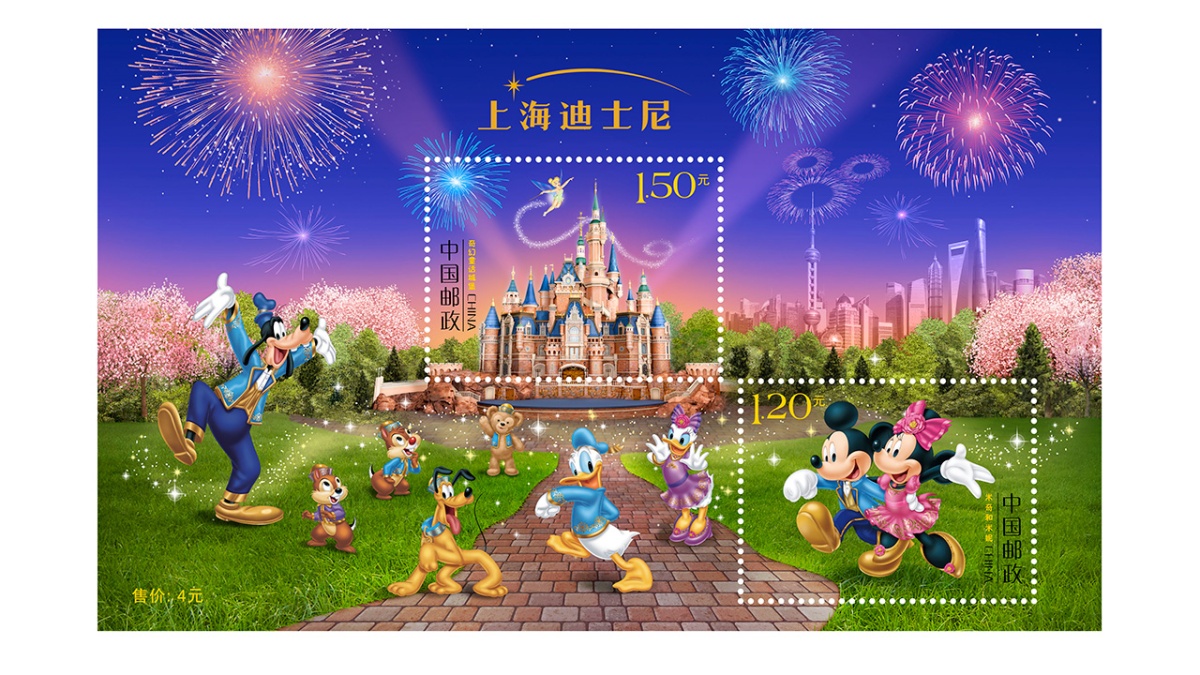 The “Mickey and Minnie” stamp shows Mickey Mouse and Minnie Mouse strolling in their official Shanghai Disney Resort attire. The “Enchanted Storybook Castle” stamp shows the grandeur of the world’s largest and most interactive Disney castle, with Tinker Bell soaring overhead and fireworks lighting the night sky above.