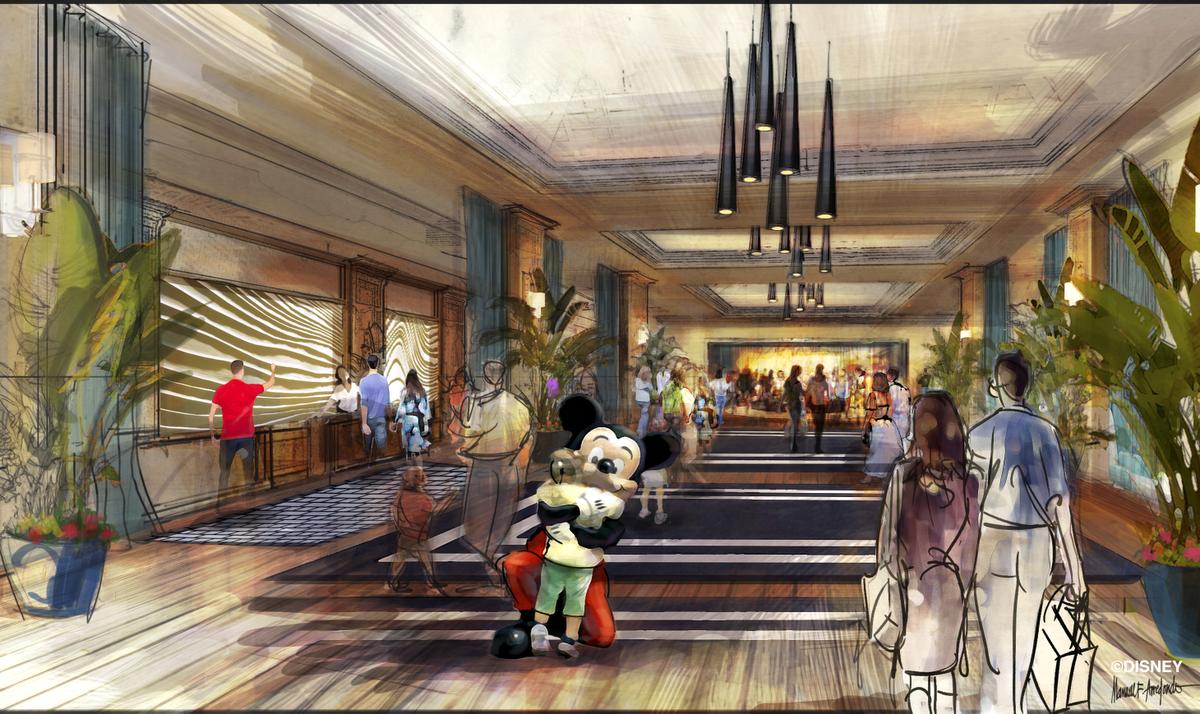 Disney proposes a 700-room, four-diamond hotel and a parking structure on 10 acres at 1401 Disneyland Drive, at the north end of the Downtown Disney parking lot. Construction on the hotel would start in 2018 with a slated opening in 2021.

Walt Disney Imagineering will design the hotel, which currently doesn’t have a theme, Disneyland officials said. Guests will dine in an upscale rooftop restaurant watching Disneyland’s nightly fireworks over Sleeping Beauty Castle. There will be two pools, a fitness facility, concierge service and a kid’s play area. The average nightly rate would be about $450.

The proposed hotel would be the first built at the Disneyland Resort in nearly 20 years and comes as the resort starts construction on the 14-acre “Star Wars” land expected to boost attendance to Disneyland.

The Disneyland Hotel and the Disney Grand Californian Hotel & Spa are the only two properties in the city that fit AAA’s strict guidelines for the luxury four-diamond rating. The Paradise Pier is considered a three-diamond property.

“At this time, we’re getting about $35,000 in property tax from the Downtown Disney parking lot,” Councilwoman Lucille Kring said. “If the Disney luxury hotel is built, we will get multiple times the revenue for the city. …That’s entirely new income and we’re always trying to pay down our debt and provide more services for the residents…

Last year, the City Council narrowly adopted a policy allowing developers building hotels to the four-diamond standards to apply to be reimbursed, for 20 years, 70 percent of the Transient Occupancy Tax collected from visitors staying at their hotel. Guests pay 15 percent of the room rate.

After the 20 years, the city would keep all of the bed tax revenue, which goes to pay off bonds that funded improvements to the resort district in 1996 and pay for general city expenses and community programs.

“I don’t think Disney needs a subsidy,” he said. “They do quite well without one. Our city needs that tax revenue to provide basic services to our residents. … The council already voted to not tax them for 45 years, and that’s not enough. So, they want us to write them a check every year for 20 years. I think it’s outrageous.”

City leaders have argued Anaheim needs more luxury hotels to attract higher-end visitors. City staff have said their research indicates the Anaheim market has room for at least 2,500 of these rooms.

To receive the four-diamond rating, Disney must spend at least $225,000 per guest room, including $30,000 in furniture, fixtures and equipment in each room.

“This new flagship hotel would create thousands of jobs and benefit Anaheim with more than $750 million in additional tax revenue over the next four decades, while helping the city reach its stated goal of attracting more high-end visitors,” Disneyland spokeswoman Suzi Brown said.

Disney joins the Wincome Group in proposing developments under the city’s incentive policy.

Wincome affiliates have submitted plans to build two luxury properties: a $208 million, eight-story, 580-room hotel where the Anaheim Plaza Hotel & Suites stands at 1700 S. Harbor Blvd., and a $225 million, 634-room hotel on the site of The Anabella Hotel, adjacent to the Anaheim Convention Center.

Two more luxury hotels are planned at the GardenWalk outdoor mall. Those two received a separate $158 million in room tax subsidy from the city in 2013.

Disneyland officials did not say how much the 1401 Disneyland Drive project will cost, only that they are investing more than $2 billion in their resort over the next decade – that includes the construction of “Star Wars” land in Disneyland and a 5,000-spot parking structure and transit center nearby.

This fourth hotel is not part of the $1 billion investment deal Disney struck with the city last year to ban a gate tax for at least 30 years.

Disneyland is already entitled to build hotel rooms in the the Downtown Disney parking area. The council will need to vote on the tax incentive at a future meeting.

From The Orange County Register