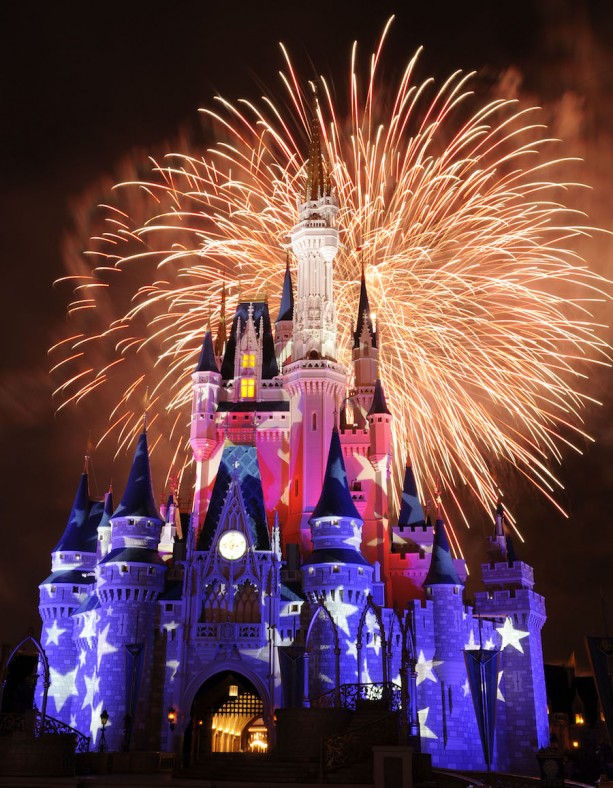 “Disney’s Celebrate America! A Fourth of July Concert in the Sky” will be shown at 9 PM on both July 3rd and July 4th.

Firework shows at Walt Disney World are pretty impressive, but the fireworks for Independence Day are even more so. In addition to the normal Wishes launch sites, this show uses nine perimeter launch locations, island launch site in the Seven Seas Lagoon, and use of the Water Pageant barges for light show and audio for the Magic Kingdom resorts

At the Studios, the new “Star Wars: A Galactic Spectacular” show will take place at 9:30 PM.

“Illuminations: Reflections of Earth” with a special Independence Day finale at 10 PM on July 4th.

The Voices of Liberty will also perform a Fourth of July concert at the America Gardens Theatre at 12:30 PM, 1:45 PM, and 3 PM, and in the American Adventure pavilion at 4:15 PM and 5 PM. Special patriotic character greetings also are available at various times throughout the day at the American Adventure, along with an opportunity to catch the Spirit of America Fife & Drum Corps outside at 2:15 PM, 3:30 PM, 4 PM and 4:45 PM. The Fife & Drum Corp has not performed at Epcot since being retired in October 2014.