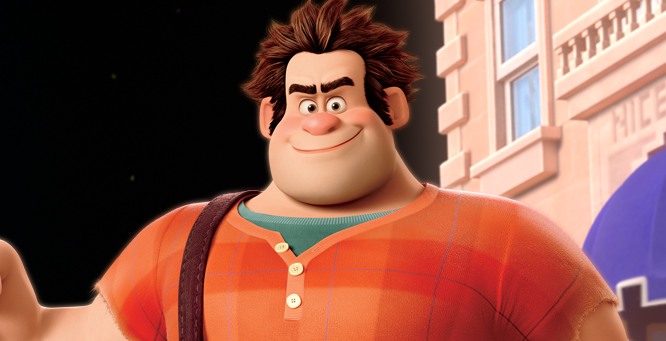 Disney announced Thursday that a sequel to its 2012 film Wreck-It Ralph is officially in development over at the studio’s animation arm, slated for release on March 9, 2018. The sequel was unofficially announced earlier this spring by star John C. Reilly, who voices the titular not-so-bad bad guy.

In Wreck-It Ralph 2, Reilly will once more return to voice video game villain Wreck-It Ralph, who in the first film had to reconcile his archetype of arcade boss with his real desire to become a hero. Concept art released during the announcement on Facebook Live shows Ralph going digital, standing with sidekick Vanellope over billboards parodying Google and Amazon.

“It’s top secret but I’ll tell you this much… Ralph leaves the arcade and wrecks the Internet,” Reilly teased. “What could go wrong?”

Rich Moore, who directed the first film (and recently guided Zootopiato its billion-dollar box office), will co-direct the sequel with Phil Johnston, who co-scripted the original (with Frozen’s Jennifer Lee).

Though recent Disney Animation Studios pictures have been heralded as unprecedented successes, Ralph also made an impressive showing when it hit theaters in November 2012. The movie, released in 3D, pulled in $189 million domestically and just under $500 million worldwide, becoming the 12th-highest grossing film of that year.