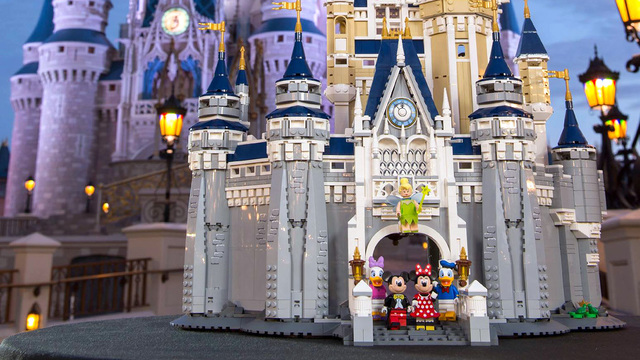 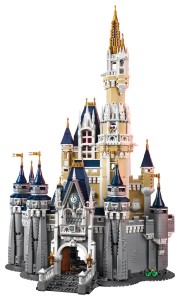 “From its intricate facade, ornate balconies and flag-adorned towers, to the soaring golden-spired main tower complete with fireworks function, this amazing model features unsurpassed detail and magical surprises that will set your imagination free,” the LEGO product listing boasts.

Inside, the set is filled with references to Disney characters and movies — everything from Belle’s rose to Aurora’s spinning wheel to Sleeping Beauty’s gleaming red apple.  There’s even Mickey’s mop and bucket from Fantasia, and, of course, Cinderella’s famous glass slippers.

When the castle kit goes up for sale in September, it will cost $350.  That’s in range with the company’s other high-end models, but is also roughly what it would cost for a family of three to get into the Magic Kingdom park for a day.