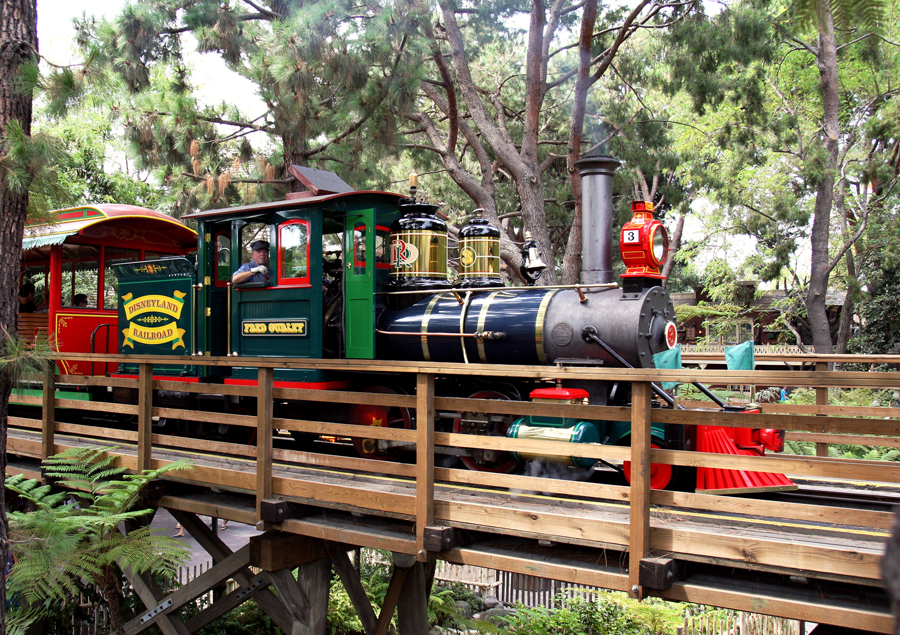 “Your attention please…” the Disneyland Railroad‘s “Fred Gurley,” Steam Train No. 3, celebrated its 100th anniversary on this day in 1994. In 1955, the Santa Fe and Disneyland Railroad, as it was then known, featured two locomotives, each of which were constructed at the Disney Studios in Burbank, California. The attraction was so popular that the train of thought was that it made sense to put a third one on the track. This time, rather than building the new locomotive from scratch, Disney designers found a sweet old train which had been used to haul sugarcane in Louisiana, and they rebuilt it to run on the happiest tracks on Earth. Named after Fred G. Gurley, president of the Santa Fe Railroad at the time, the refurbished engine took its inaugural voyage for a complete trip around Walt Disney’s magic kingdom in 1958 and has been on the right track ever since.This