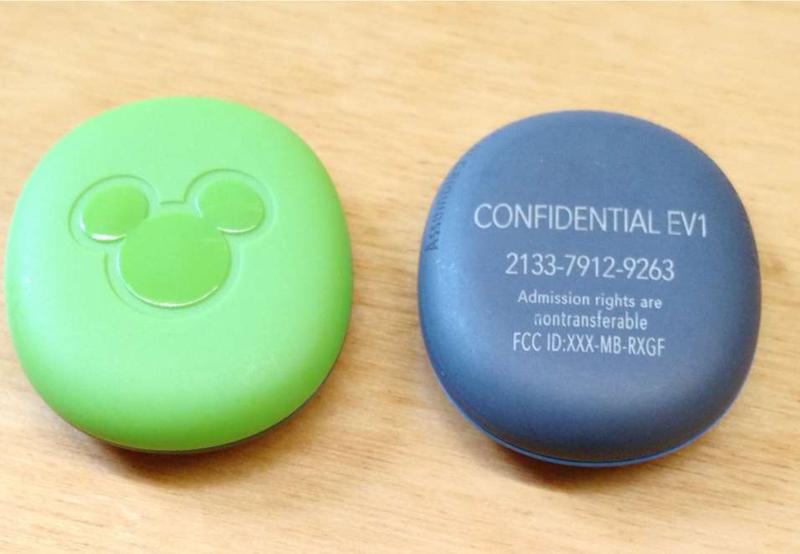 Standard FCC testing has revealed that Disney’s next generation of MagicBand is being worked on.

The original FCC filing was placed in May 2016, and has just been declassified by the FCC.

Named Model MB-R1G2 (the original as MB-R1G1), the band differs significantly from the first in that it does not appear to have a strap.

It may be possible that Disney is planning to offer straps separately from the main body of the MagicBand, which can then be attached, much like the Apple Watch. By doing this it would allow guests to change the look of the band, without having to dispose of the electronics and re-register the new band in the My Disney Experience app.

Like the original, the new model of the MagicBand has been developed by Synapse, and includes a 2.4GHz radio, along with a passive HF RFID tag radio.