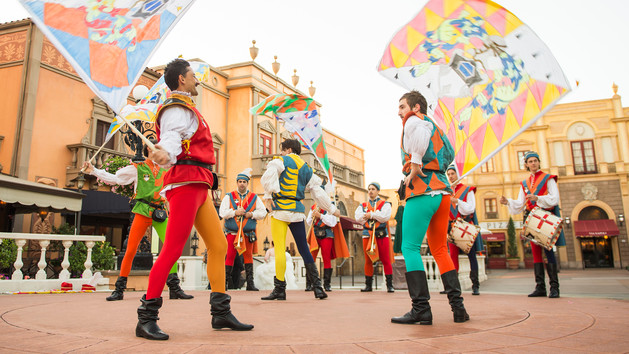 The group was introduced in October of 2014 as part of a widespread refresh of the park’s live entertainment.  The group performed traditional flag waving accompanied by live music, which is a traditional Italian ceremony dating back over 500 years.

Disney has yet to announce anything regarding a possible replacement act.