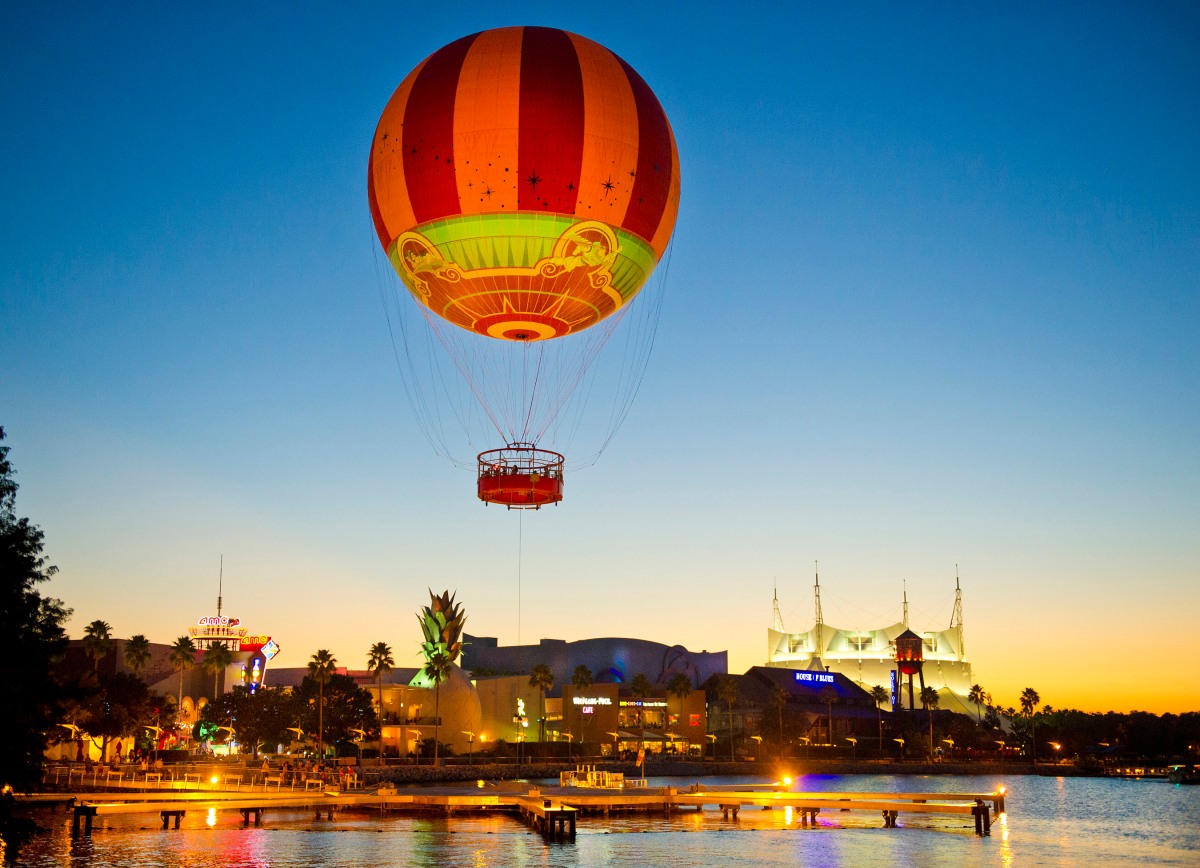 Characters in Flight at Disney Springs will be closing for a redesign from January 9th through January 13th and will reopen to guests on January 14th, 2017.

Reportedly part of there refurbishment will include a brand new look for the balloon, complete with a new color scheme. The original Characters in Flight was designed for Downtown Disney, and it is expected that the new look will be more closely aligned with the Disney Springs look.