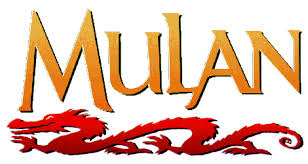 Disney’s live-action adaptation of the 1998 animated musical Mulan will be directed by Niki Caro (The Zookeeper’s Wife), according to The Hollywood Reporter.

Caro will be the fourth woman to ever solo-direct a film with a budget over $100 million, joining a very tiny club that includes Kathryn Bigelow (K-19: The Widowmaker in 2002), Patty Jenkins (Warner Bros. upcoming Wonder Woman movie), and Ava DuVernay (Disney’s upcoming A Wrinkle in Time). Disney, by merit of hiring two women to direct blockbusters ever in its history, is somehow leading the pack for major Hollywood studios.

Hollywood studios have begun to feel the pressure to hire more female directors for tentpole films, after multiple controversies around the hiring of young, comparably untested male directors for massive projects like Jurassic World and Star Wars, as well as a federal investigation of sexist hiring practices in the industry. Lucasfilm head Kathleen Kennedy was also recently the subject of heated criticism due to her comments about the “search” for a female director capable of handling a Star Wars movie.

Disney has also expressed its intent to hire a woman to direct its first female-led superhero film, Captain Marvel. Caro had previously been included on the studio’s short listalongside Lesli Linka Glatter (the principle director on Homeland) and Lorene Scafaria (Nick & Norah’s Infinite Playlist, The Meddler), though The Hollywood Reporter suggests this new assignment likely takes Caro out of the running for the 2019 film.

Caro made her breakthrough critical hit Whale Rider in 2002, following it up with the star-studded North Country (Charlize Theron, Frances McDormand, Sissy Spacek) in 2005, but — as is typical for female directors in Hollywood — her career largely idled after that. Since 2005 she’s released only two films: the low-budget, overlooked TIFF submission The Vinter’s Luck in 2009 and Disney’s moderately successful McFarland, USA in 2015.

Mulan will be executive produced by Bill Kong (best known Stateside for House of Flying Daggers and Crouching Tiger, Hidden Dragon) and rely on input from Chinese cultural consultants and the large co-production team that Disney maintains with Shanghai Media Group. It will be interesting to see how Disney navigates the more culturally delicate live-action project, particularly considering the fact that it also has a live-action Aladdin on its plate. Big studios have a nasty habit of casting famous white faces in roles that shouldn’t belong to them — see the recent uproar over Scarlett Johansson in Ghost in the Shell or Rooney Mara as Pan’s Tiger Lily.

Mulan is set for release on November 2, 2018. It will likely be a treat to watch a young woman perform a live musical number that snarkily defines masculinity around violence and endurance as part of an ongoing dramatic irony bit.