Back by popular demand, the annual “March Magic” fan vote returns this month with 18 teams inspired by attractions from across all four parks at Walt Disney World Resort. We need your help in deciding which team will be crowned the title of “Ultimate Disney Attraction.” Voting will take place from March 14 to April 3 via the official Walt Disney World Facebook page. I recently spoke with Meredith Gaiser from the Disney Parks and Resorts Digital team about what makes this tournament extra magical for guests. 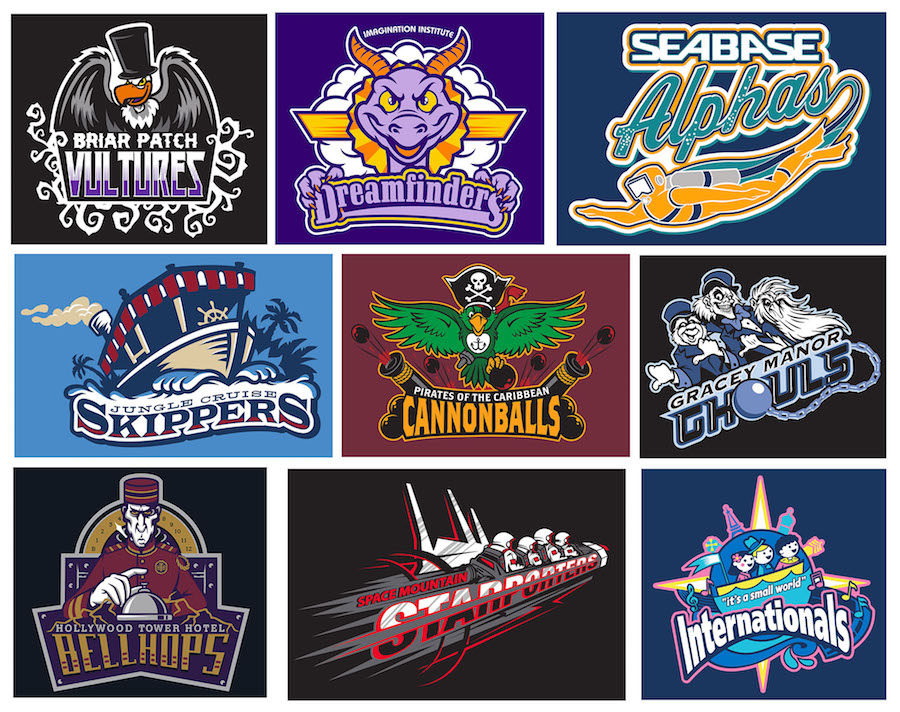 “This is the fourth year for the ‘March Magic’ tournament,” explained Meredith. “Since its inception, this tournament has celebrated beloved Disney attractions both classic and new. We enjoy seeing how excited our fans get during the tournament. It has become a fun way for guests to share their love for Disney Parks.” 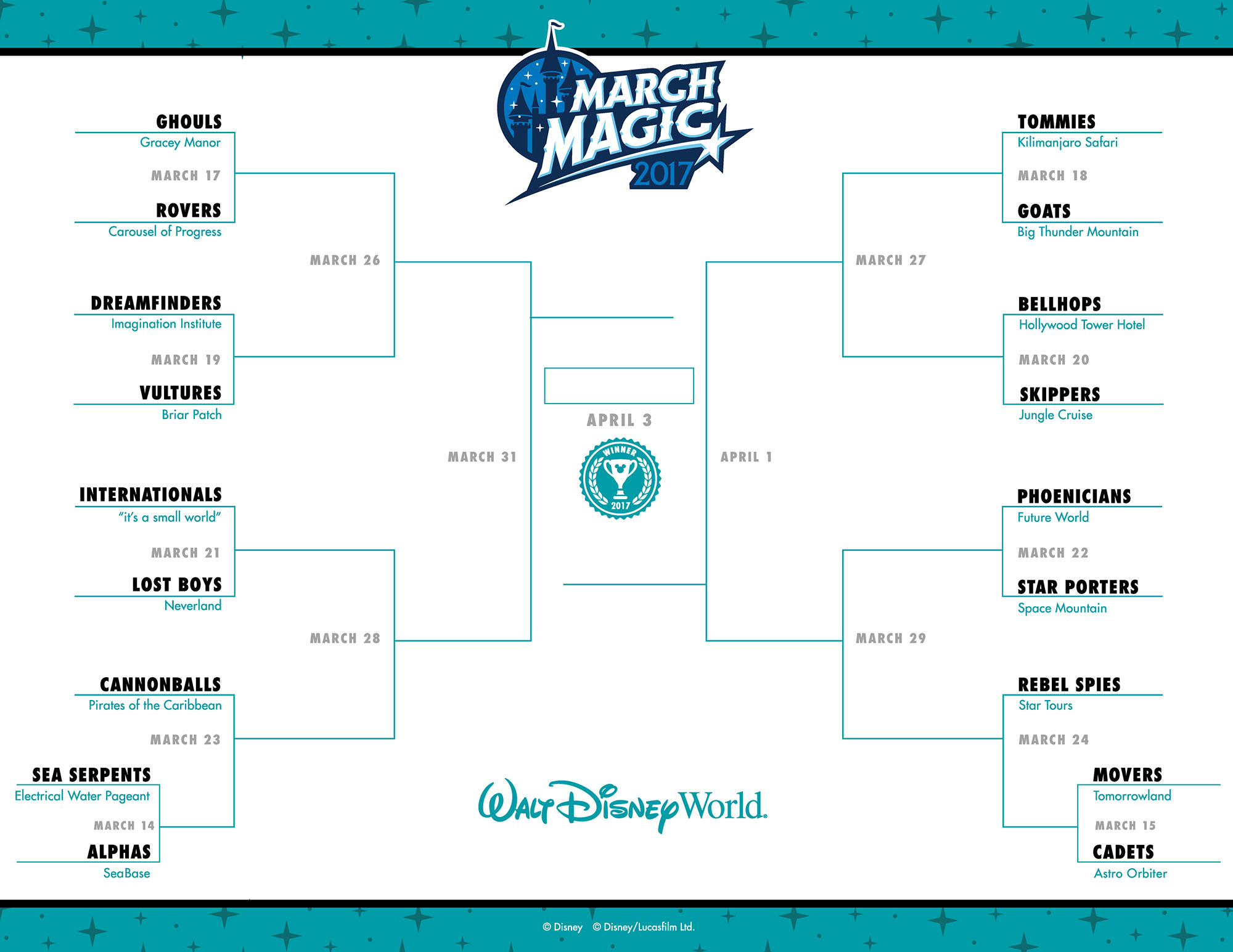 To get started, download the printable bracket above to keep track of your choices. Be sure to read the terms of use about using the sheet before you download it.

The final matchup between the top two attractions will take place on April 3.

Guests will also find graphic T-shirts and posters featuring March Magic 2017 teams on DisneyStore.com from March 14 to April 4, 2017. This year, all items will be carried throughout the duration of the tournament.

“I love when guests wear the ‘March Magic’ shirts to Disney Parks,” continued Meredith. “The T-shirts and other products we offer connect something found only in a digital environment to the real world. These items are a physical way for guests to tell others about their favorite Disney attractions. I can imagine cheers from guests when they see others wearing their favorite team shirts.”

To place an order, please visit DisneyStore.com/MarchMagic. Please allow 3-5 weeks for shipments once orders are placed.