Yo ho, me hearties! This Saturday, March 18, marks 50 years of “rascals and scoundrels … villains and knaves” with the anniversary of Pirates of the Caribbean at Disneyland park, and we’re planning to celebrate with scoundrels and scallywags alike! 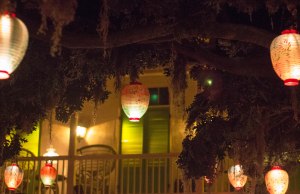 Then the party really sets sail Friday, March 17, and on the attraction’s official anniversary, March 18. Guests will find pirate-themed entertainment throughout New Orleans Square by the likes of Bootstrappers and Lucky the Pirate. They can also plunder limited-edition anniversary merchandise, available in New Orleans Square while supplies last. And ye landlubbers who wish ter talk like a pirate – aye, ye’ll getcher chance … with pirate speak collectible cards. And stay sharp, because there will be even more to discover!