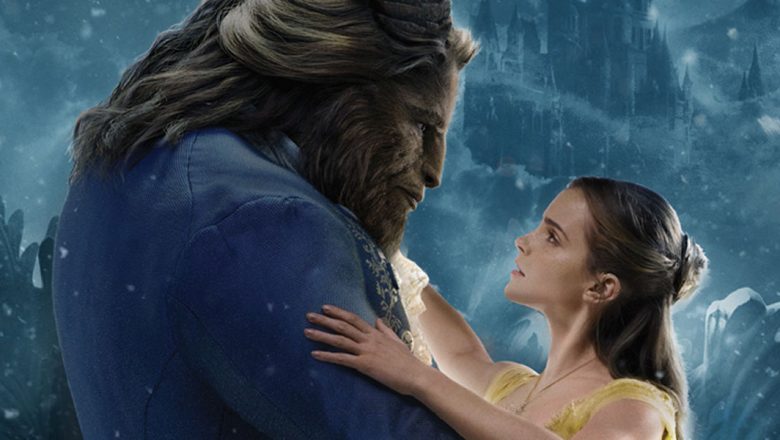 This is what makes Disney such a powerhouse.

“Beauty and the Beast,” the studio’s latest live-action update of a cartoon classic, waltzed its way to a towering $170 million debut this weekend, setting a new record for a March opening and solidifying the Mouse House’s status as the dominant player in the film business. No other company can match the streak that Disney is currently enjoying, thanks to a series of multi-billion acquisitions that put the likes of Pixar, Marvel, and Lucasfilm in its Magic Kingdom. Last year, the studio accounted for more than a quarter of all domestic ticket sales, and 2017 brings the release of sequels to “Guardians of the Galaxy,” “Cars,” and “Thor,” in addition to “Beauty and the Beast.”

“I don’t know if they made a deal with the devil, but Disney is an awfully potent empire right now,” said Jeff Bock, an analyst at Exhibitor Relations. “You continue to shake your head and roll your eyes, but they can do no wrong right now and that has all the other studios salivating.”

“Beauty and the Beast” represents another part of Disney’s branded strategy. It’s the latest fairy tale adaptation to hit screens. Others in the lucrative group include “Alice in Wonderland,” which picked up $1 billion worldwide; “Cinderella” with its $543.5 million global haul; and last year’s “The Jungle Book,” which racked up a mighty $966.6 million after finishing its run. Remakes of “Dumbo” and “Mulan” are already in the works, as Disney commits to putting a live-action spin on the bulk of its animated properties (Fans of “Treasure Planet” may be out of luck).

The latest fairy tale follows Belle, a bookish girl in France played by Harry Potter film veteran Emma Watson, who helps a tortured Beast (Dan Stevens of “Downton Abbey” fame) break out of his shell. In the process, she lifts a curse that’s left the Beast’s kingdom populated by talking household items. “Beauty and the Beast” didn’t muck about with the elements that made the 1991 film so beloved. Director Bill Condon kept the basic plot intact, while fleshing out a bit more of Belle’s backstory, and retaining a soundtrack that includes “Be Our Guest” and “Belle.” All those elaborate musical numbers and chatty cutlery don’t come cheap. “Beauty and the Beast” carries a hefty $160 million budget. It should make that money back manyfold after ticket sales are tallied and new lines of princess wear are whipped up to satisfy new generations of Belle lovers.

“Beauty and the Beast’s” appeal cut across the generations, while its feminist heroine, a brainy, headstrong villager who refuses to conform, resonated with younger women. Sixty percent of ticket buyers were female, while families accounted for half of the opening weekend audience. Children under 12 made up 22% of the crowd, while people between the ages of 26 and 34, the same demographic reared on the animated film, comprised 21% of the audience.

“The elements came together to make this into a can’t miss event,” said Dave Hollis, Disney’s distribution chief. “There was massive nostalgia for the original film. Parents loved the movie and they wanted to show this one to their kids and share that experience.”

Most major studios steered clear of “Beauty and the Beast.” The only other new release of note, “The Belko Experiment,” debuted to $4.1 million, which its backers say is success given its model. The film boasts a unique distribution strategy. “The Belko Experiment” opened in 1,341 locations, roughly a third of the theater count for a major studio offerings. The theaters are chosen because they are more popular with horror fans. Orion, an MGM label, backed the film and is distributing it with BH Tilt. That label is overseen by “The Purge” and “Insidious” producer Blumhouse. It’s trying to find more cost-efficient ways to bring smaller films to the masses. “The Belko Experiment” follows a group of American corporate types, who are locked in a high-rise office in Bogotá, Colombia. They are ordered by a voice on the intercom to kill one another in a gray flannel-version of Social Darwinism.

With “Beauty and the Beast” dominating ticket sales, last weekend’s champ, “Kong: Skull Island,” fell 53% to $28.8 million. That pushes the monster movie’s domestic haul to $110.1 million. Warner Bros. and Legendary Entertainment teamed up to produce the remake of King Kong.

Fox’s “Logan” took third place, pulling in $17.5 million and bringing the R-rated superhero tale’s stateside total to $184 million. Universal and Blumhouse’s “Get Out,” a thriller about a black man whose girlfriend’s white family holds a sinister secret, nabbed fourth position. It made $13.2 million, bringing its gross to $133.1 million. With a budget of $4.5 million, the film is one of the year’s most profitable. Lionsgate’s “The Shack” rounded out the top five generating $6.1 million and pushing the faith-based drama’s earnings to over $42.6 million.

In limited release, “T2 Trainspotting,” a sequel to the 1996 cult comedy about a group of heroin addicts, opened in five locations, earning $180,000. Ewan McGregor reprises his role as a drug-addict Scot. The actor also has a supporting turn playing Lumiere, a candlestick, in “Beauty and the Beast.” Sony is releasing “T2,” which is heavily geared towards European audiences. The drama has already made $34 million overseas.