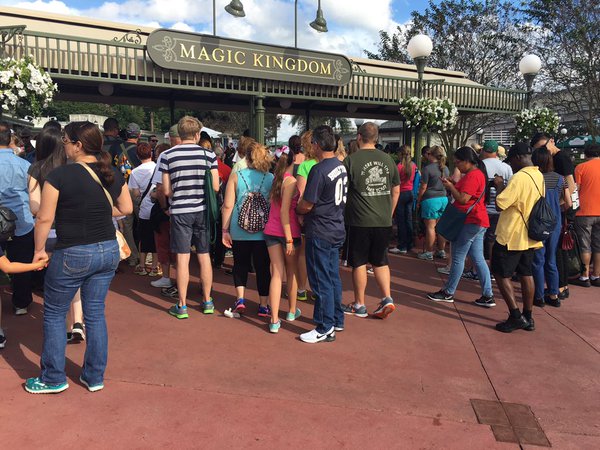 There have been rumors for a while now that the Magic Kingdom would be moving its security screening areas away from the park entrance.  Several websites and guests have seen work being done preparing for the change, indicating that the change was imminent.  According to multiple sources Walt Disney World announced that the new screening procedures will go into effect this coming Monday, April 3rd.

According to Disney, guests taking busses and watercraft will be screened at new checkpoints in front of the park. Guests at the Transportation and Ticket Center will be screened after departing from the parking tram, but before boarding the monorail or ferryboat to the park. Additional screening points are being added before monorail boarding at the Magic Kingdom area resorts.