Over the years, the relationship between Walt Disney World Resort and the Orlando Magic basketball team has been, well, magical. Now it’s about to get even more magical as we expand our relationship as the team’s uniform sponsor.

As part of the NBA’s three-year trial period in which the league welcomes uniform sponsorship partners, Disney will have its logo on the Magic players’ jerseys for all games starting next season.

Disney became one of the team’s Champion of the Community partners in 2010, and this expanded partnership is another way we are working with the Magic to solidify Central Florida’s presence as a global sports destination. And it’s just cool. 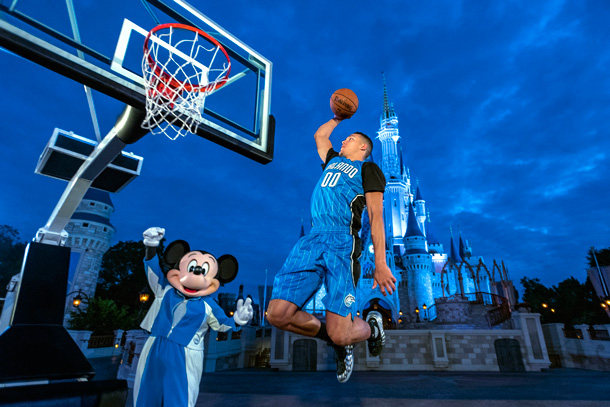 When you think about it, this agreement really is a slam-dunk. But don’t take my word for it. Check out this video of Mickey Mouse and Magic star Aaron Gordon playing ball. Now this is “Pure Magic.”