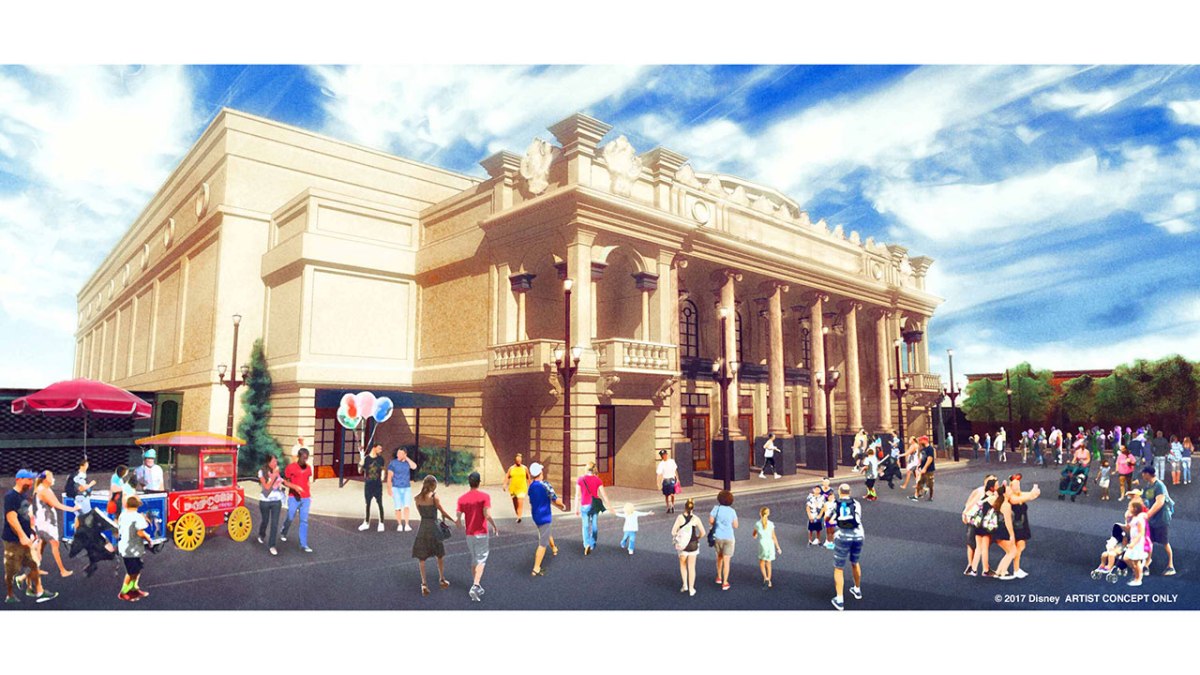 A new venue for world-class entertainment is coming to Main Street, U.S.A. at Magic Kingdom Park in Florida. And a first look at the new theater was just unveiled minutes ago at D23 Expo 2017.

If the image of the theater looks familiar, that’s because the new entertainment venue will be based on the iconic Willis Wood theater in 1920s Kansas City, where Walt lived after he left Marceline. And as you can see from the design, it’ll fit well right off Main Street, U.S.A.

“Across Walt Disney Parks and Resorts, we’ve been upping the game in Entertainment with shows like Frozen Live at the Hyperion,” Bob Chapek, Chairman of Walt Disney Parks & Resorts said. “It’s been a huge hit at the Disneyland Resort, and I’m sure many of you have seen it. This new theater at Walt Disney World continues that streak by bringing a new venue for world-class entertainment to the world’s biggest park.”