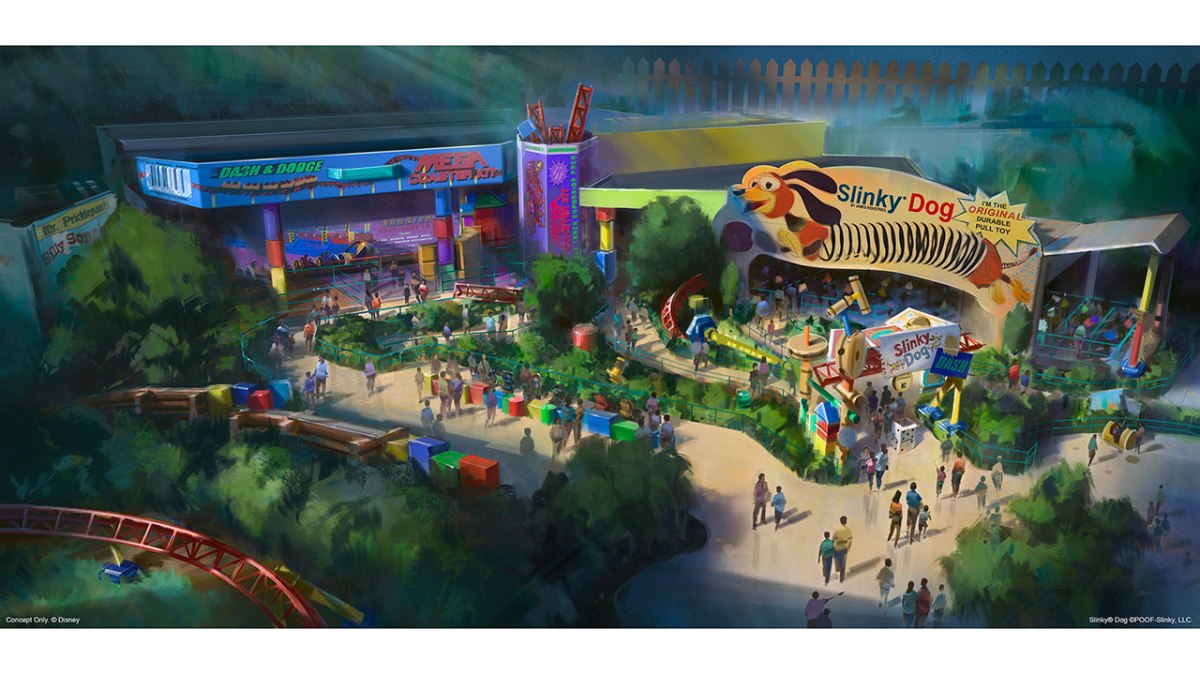 Many of you know that Toy Story Land is coming to Disney’s Hollywood Studios.  At D23 Expo 2017, Bob Chapek, Chairman of Walt Disney Parks & Resorts announced that the land will open next summer!

In 2018, guests will find themselves shrunk to the size of a toy to explore the world of Andy’s backyard with their favorite Toy Story characters, including Woody and Buzz. And Toy Story Land will feature two new themed attractions.

Slinky Dog Dash will be a family coaster attraction where you’ll zip, dodge and dash around many turns and drops that Andy has created to really make Slinky and his coils stretch to his limits.

Alien Swirling Saucers will also be a new attraction at Toy Story Land. It’s designed as a toy play set that Andy got from Pizza Planet, inspired by the first “Toy Story” film. Aliens are flying around in their toy flying saucers and trying to capture your rocket toy vehicle with “The Claw.”