Walt Disney Imagineering will be losing another legendary talent later this year when Kevin Rafferty retires after 42 years with the company.Rafferty, is the Imagineer who conceived, designed, wrote, and oversaw the creations of some of Disney Parks’ most memorable attractions and lands, announced in a memo to staff that he will retire from Walt Disney Imagineering, effective April 1, 2021 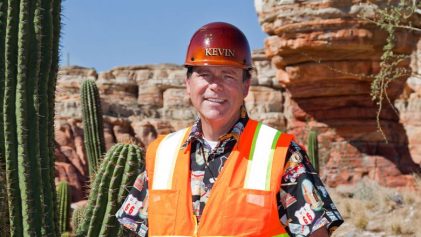 Following both the publication of his book, Magic Journey: My Fantastical Walt Disney Imagineering Career, and the opening of Mickey & Minnie’s Runaway Railway—the first-ever ride-through attraction to feature Mickey Mouse and Minnie Mouse—at Disney’s Hollywood Studios, Rafferty says his nearly 43-year journey with Disney has reached its peak. “I wanted to go out at the top of my game, if you will,” he explains. “It just felt right.” 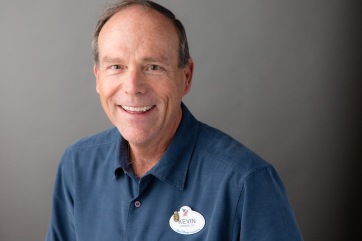 Rafferty will leave behind a legacy that few can rival—one that began with the incredibly talented Imagineers who mentored him who, in turn, led to the long list of those whom he inspired. “When I started, there were only two Disney parks in the world. It’s really been my honor, my pleasure, and my joy to be around and watch the expansion of the magic that Walt Disney Imagineering has made,” he says. “I’ve been there for all that. It’s been an amazing ride.”