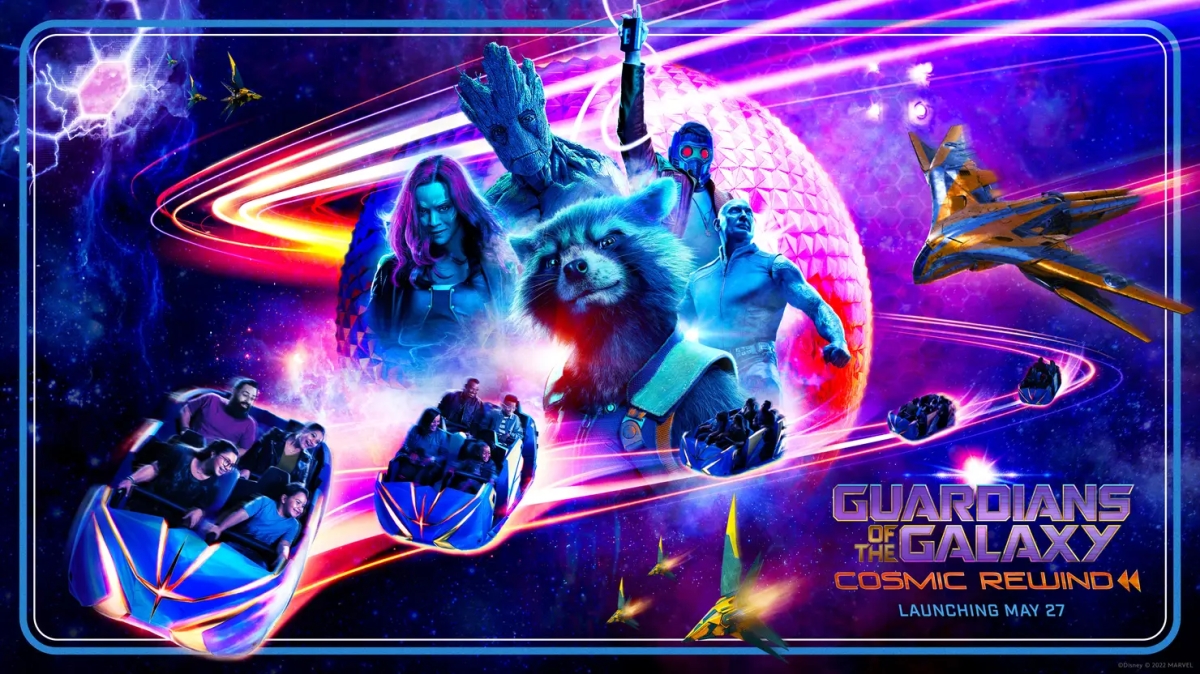 This morning Walt Disney World announced that the Memorial Day weekend will have opening date for Guardians of the Galaxy Cosmic Rewind rollercoaster.

The new $450 million Guardians of the Galaxy-themed rollercoaster will officially have its opening on Friday, May 27th.

The Memorial Day weekend opening does not come as a surprise to many ever since a high-ranking Disney executive let the cat out of the bag via social media following a test ride last month.

Disney also released a video that will be the commercial spot for the attraction.

‘Guardians of the Galaxy Cosmic Rewind’ was initially scheduled to open in Spring of 2021, before the start of Walt Disney World’s 50th-anniversary celebrations. The project was delayed due to the COVID-19 shutdown and subsequent cost-control measures that Disney imposed.  The rollercoaster will serve as Disney’s headline attraction to market for the summer and remainder of 2022.

Following the announcement, Disney has updated the attraction’s webpage to include more details and a countdown clock. 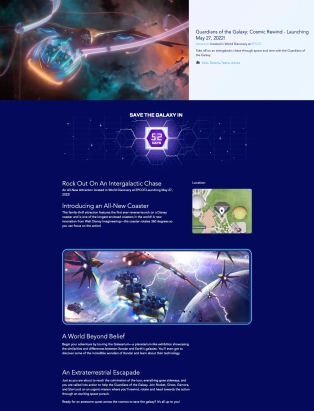 Disney has also confirmed that there will be Cast Member previews ahead of the May 27 opening of EPCOT’s ‘Guardians of the Galaxy: Cosmic Rewind.’ 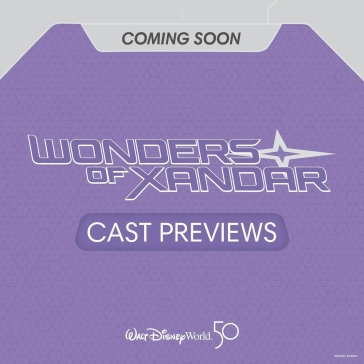 Cast-exclusive previews will begin in April, followed by Cast Member previews with friends and family in May.

It is expected that media previews are expected during a multi-day event in the first week of May and should be quickly followed by Club 33 members. 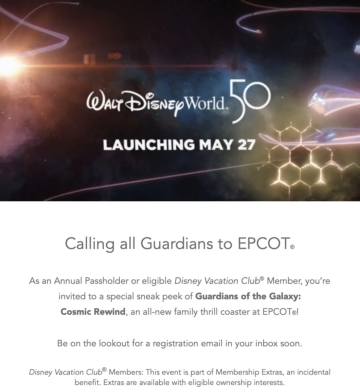 With this email Disney has confirmed that ‘Guardians of the Galaxy Cosmic Rewind’ previews will be held for Annual Passholders and Disney Vacation Club Members.

It is important to note that today’s email does not provide specific dates for the ‘Guardians of the Galaxy Cosmic Rewind’ passholder previews but says to “be on the lookout for a registration email soon.”

So, if you’re an annual passholder or a DVC Member…stay tuned!