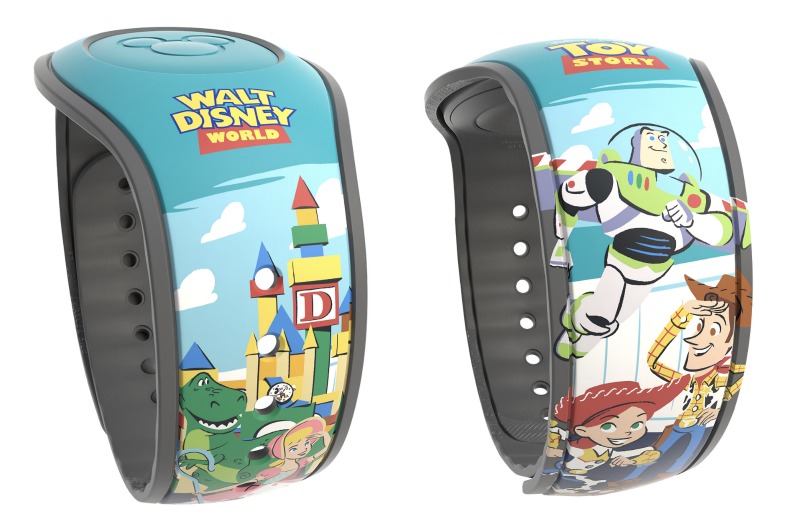 The brand new designs are for the MagicBand 2.0 and for the first time, two of MagicBands have designs on the center icon that is not the Mickey Head symbol we’ve come to expect.

Each of the new MagicBands sells for $22.99 plus tax and can be found in the Shop Parks app and on the Shop Disney website.

Here are the new designs – 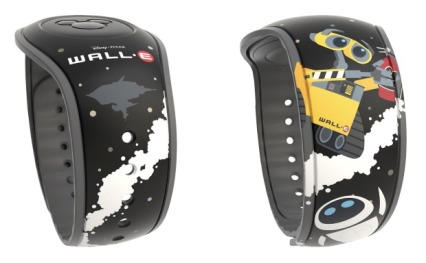 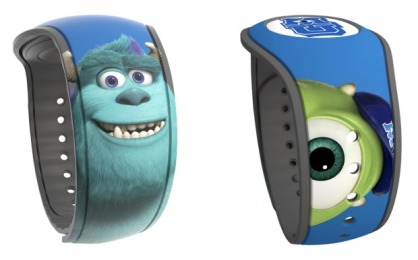 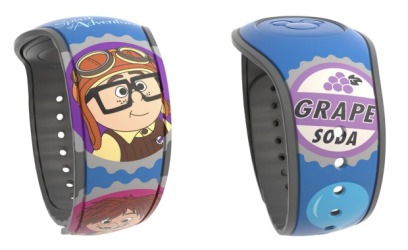 I’m kind of partial to the Toy Story and WALL-E ones myself.  How about you?

I imagine that these new MagicBands will be extremely popular, so if you like them and want to get some, you might not want to wait around too long.  Just sayin’.

Despite signs of franchise fatigue, Pixar and Disney’s Cars 3 dominated the road at the North American box office over the weekend.

The threequel opened to an estimated $53.5 million from 4,256 theaters, enough to beat ruling champ Wonder Woman. It is anticipating a brisk Sunday, thanks to Father’s Day (the movie is skewing slightly male). Overseas, Cars 3 debuted to $21.3 million from its first handful of territories for a global start of $74.8 million.

Make no mistake, Wonder Woman continues to impress, falling a scant 30 percent in the U.S. to $40.8 million for a domestic cume of $274.6 million. The Warner Bros. movie, directed by Patty Jenkins, enjoyed one of the best third weekends in history for a superhero film. Internationally, Wonder Woman‘s hold is almost as good, earning another $39.5 million for a foreign total of $297.2 million and worldwide tally of $571.8 million.

In the coming days, Wonder Woman will eclipse 2008’s Mamma Mia! ($609.8 million) to become the top-grossing female-directed live-action film of all time, not accounting for inflation.

Cars 3 nabbed an A CinemaScore. That means all 18 Pixar films have received some variation of the top grade. It is also the 16th Pixar movie to open at No. 1.

At the same time, Cars 3 came in 19 percent behind the $66.1 million domestic debut of Cars 2 in 2011, which went on to earn $562.1 million worldwide. The original Cars, which hit theaters in 2006, opened to $60.1 million in its North American bow before topping out at $462.2 million worldwide. Overall, Cars merchandise is a huge revenue generator for Disney.

The threequel follows the legendary Lightning McQueen (voiced by Owen Wilson) as he’s pushed out of the sport he loves by a new generation of blazing-fast racers. He enlists the help of a young female race technician (voiced by Cristela Alonzo) to help him get back in the game.

“We are thrilled with this start and look forward to the balance of the world opening up. Cars continues to be an important franchise for the company and the reaction to this new story and characters is very gratifying,” said Disney’s distribution president Dave Hollis. “Pixar’s consistency is an extraordinary competitive advantage in today’s world. ”

Luigi has invited his cousins from Carsoli, Italy, to Radiator Springs for a special celebration! Today, I’m very eccitata to tell you that the celebration will begin when Luigi’s Rollickin’ Roadsters, presented by Alamo, opens March 7 at Disney California Adventure park.

In this all-new attraction, Luigi will turn the tire storage yard behind his Casa Della Tires into a dance floor! Cars Land guests will be able to ride along with Luigi’s cousins as they move and spin to upbeat Italian music, performing the traditional dances of their hometown village.

Each dancing car will have its own high-spirited personality and signature dance moves – making every ride unpredictable, as you won’t know which way they will turn and spin next!

Join the dance yourself when Luigi’s Rollickin’ Roadsters opens March 7. 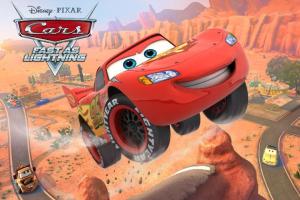 Start your Nitro! Gameloft, a leading global publisher of digital and social games and Disney Interactive are pleased to announce the release of Cars: Fast as Lightning, a new game inspired by Disney•Pixar’s “Cars” franchise. Cars: Fast as Lightning invites players into what promises to be an exciting and memorable experience within the “Cars” universe, thanks to unique storytelling and the official voice of Lightning McQueen (Owen Wilson).

“‘Cars’ is one of the most popular and beloved animated film franchises, and we‘re excited to be working with Disney and Pixar on bringing the characters to life on smartphones and tablets.“ says Karine Kaiser, VP Marketing & Licensing at Gameloft. “Children, parents, and fans will embrace loveable and iconic characters through a thrilling blend of high-octane racing and town building in a unique dual-genre experience.”

As they plunge into the “Cars” universe, players of all ages can go up against each other in explosive races that can be completely customized with easy-to-use controls, nitro boosts and many other surprises. From the legendary Lightning McQueen to the brash Francesco Bernoulli, fans can choose to play from among 20 “Cars” characters and have fun building their own Radiator Springs, home of Lightning and his friends, with iconic buildings and locations from the film, such as Luigi’s Casa Della Tires and Fillmore’s Taste-In. 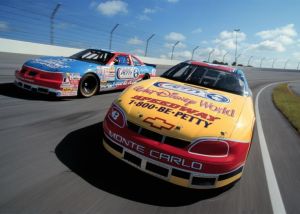 Beginning on June 14th, two brand new, full-sized custom character cars from the hit movie, Cars, will be debuting at the Richard Petty Driving Experience at Walt Disney World.  The cars will include some famous Piston Cup racers – the #28 car, Aiken Axler, and the #80 car, Sage VanDerSpin. These new cars will be used in the all new Piston Cup Junior Ride-Along Program.

Children ages 6-13, will need to be least 48 inches tall to be able to experience the thrill as they ride shotgun with a professional driving instructor for three thrilling laps.

These two Piston Cup challengers have a storied history. Sage VanDerSpin (#80) races for Team “Gask-its” and is the youngest winner of the Junior Piston Cup Pro Series. Aiken Axler (#28) is the racer for Nitroade and he captured the Vitoline Rookie of the Year honors in his first full season of Cup competition. Both competitors will be sporting their team colors, as well as sponsors. In addition, their larger-than-life personalities will be brought to life, thanks to a specialty window wrap.