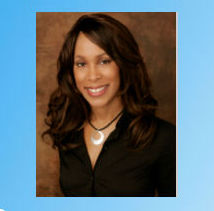 Disney/ABC Television Group shook up its leadership Wednesday, naming Channing Dungey as its new president of ABC Entertainment, making her the first black person to ever lead a major broadcast network.

Dungey, who was the executive vice president of ABC drama development, helped develop series such as “Scandal,” “How to Get Away with Murder,” “Quantico,” “Criminal Minds” and “Once Upon a Time.”

“Channing is a gifted leader and a proven magnet for top creative talent, with an impressive record of developing compelling, breakthrough programming that resonates with viewers,” said Ben Sherwood, co-chair of Disney Media Networks and president of Disney/ABC Television Group.

Dungey replaces Paul Lee, who stepped down from the position. Some industry pundits said Lee has clashed with Sherwood in the past.

“Leading ABC has been a fantastic experience,” Lee said. “I’m especially proud of the incredible team I built and the strategic, creative vision we established and successfully executed for both the network and studio.”

Dungey began her career as a development assistant for Davis Entertainment at 20th Century Fox. She worked as a story editor at Steamroller Productions, working on films such as “Under Siege” and “On Deadly Ground.” She later moved to Warner Bros., working on films including “The Matrix,” “Twister,” “City of Angels,” “Space Jam,” “Heat” and “Bridges of Madison County.”

She went on to work as senior vice president at the Material film production company, becoming president in 2001. She joined ABC in 2004.