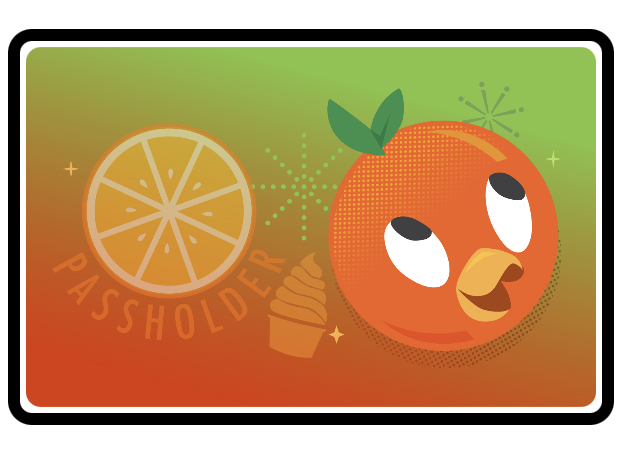 Disney MagicMobile is a convenient and contactless way to access your MagicBand features such as theme park entry through the power of your own devices. Most features are available by just holding up your smart device near an access point, just like you do with a MagicBand. Guests can choose to use Disney MagicMobile service or a MagicBand, and can alternate between the two for added flexibility.

I’ve already changed mine to Orange Bird. How about you? 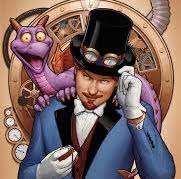 If you’ve never considered yourself a comic book fan, Disney and Marvel guarantee that’s about to change. Today, Marvel Comics just released the first of five comics that explore the backstory of Dreamfinder and Figment in the latest release from the Disney Kingdoms series.

The jolly redhead, who hosted the Journey into Imagination attraction at Epcot from 1983 to 1998, is back, and in comic book form. While Dreamfinder’s foil, Figment—the childish side of imagination with a short attention span—is headlining the new series, D23 is thrilled about a story that centers around Dreamfinder and how he came to be an inventor and an explorer.

We recently caught up with Figment‘s editor Bill Rosemann to talk about where Marvel Comics is taking these two legendary Disney park characters in the new series. “We decided to go with the origin story of the characters for the comic book because in the attraction, when we first met Dreamfinder and Figment, we sensed that there was a history that wasn’t told yet,” Bill says. “We’ve met him on the attraction, but what people haven’t seen is his path and his early days. We show the moment when Figment leaps into existence and their first adventure together.” The characters that would become Dreamfinder and Figment originated as Professor Marvel and his dragon friend for a proposed, but never realized, area of Disneyland known as Discovery Bay. When that project was canceled, the characters became the symbols of imagination for the Journey into Imaginationpavilion at Epcot.

“When you think about a Marvel movie, we first like to look at the origins of the characters because you learn so much about what makes the character a hero or a villain. You meet them before they have their powers and you get to care about them. In the Marvel way, they have challenges and things they have to struggle with in their life. When they are put in extraordinary situations, their challenges don’t go away. In fact, in most cases, getting their abilities just creates more problems for them, and readers really appreciate the underdog nature of our characters and how sympathetic and relatable they are. That was our approach to Dreamfinder.”

Bill worked with some of Figment’s biggest fans to help bring the Disney parks story to life: Imagineers. “We were very collaborative with Imagineers Josh Shipley, Jim Clark, Brian Crosby, and Tom Morris,” Bill says. “They were our core group and we showed everything and bounced everything off of them. They helped us create this idea about a steampunk fantasy adventure in Victorian England.” Imagineer Brian Crosby designed the steampunk-inspired logo for Marvel Comics.

The story team set out to sprinkle Easter Eggs that pay homage to the attraction throughout the entire story. “Our writer, Jim Zub, really studied every aspect of the ride, so you’ll see familiar names and locations,” Bill says. “The theme of the story comes directly from the attraction. It will appeal on multiple levels to fans. We are always looking to reward the fan.”

When asked about what’s coming out after Figment, Bill says, “We have some various ideas up for discussion. Hanging right above my desk now is a map of Disneyland.” And if Bill were to cast a celebrity in the role of Dreamfinder, he says, “Well, I’ve always been a huge fan of Johnny Depp and I know he’s been in a lot of Disney movies. But I will leave that up to the casting agents in Hollywood.” We’ll keep our fingers crossed for a film. A read through the comic and you’ll agree it’s just asking for a film adaptation. 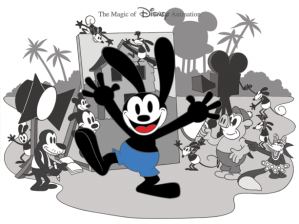 Here are the merchandise events headed your way this June at Walt Disney World Resort!

June 4 – 8: Artist Greg McCullough returns June 4 – 8 to Animation Gallery in Disney’s Hollywood Studios and will appear later in the month from June 18 – 22 at Art of Disney in Epcot.

June 5 – 8: Look for special appearances by artist Larry Dotson throughout the day at Art of Disney in Downtown Disney Marketplace. Not able to make it? Look for Larry later in the month from June 12 – 15 and June 26 – 29 at Main Street Cinema in Magic Kingdom Park.

June 12 – 22: Find the latest releases from Precious Moments doll designer and artist Linda Rick at Once Upon A Toy in Downtown Disney Marketplace. Add to your collection and meet representatives June 12 – 22 and June 26 – July 7. Look for a special appearance by Linda throughout the day, each day, June 12 – 15 and July 3 – 6.

June 14: World-renowned Celebrity DJ Pauly D will appear in the Downtown Disney Marketplace from Noon to 1 p.m. to sign his recently released line of DJ Pauly D headphones from SMS Audio. Please continue to watch for more information on the exact location.

June 14 – 15: If you are geared up for excitement at the thought of Car Masters Weekend, be sure to keep an eye out for a special post from fellow author, Steven Miller.

June 20 – July 3: Artist David E. Doss will be appearing daily at Art of Disney in Downtown Disney Marketplace. Stop in and find a new piece of art to add to your collection! Learn more.

June 21: Stop by Animation Gallery inside Disney’s Hollywood Studios for the limited edition release of “Studio Flashback,” featuring Oswald, and meet the artists from 10 a.m. – 1 p.m. and 2 p.m. – 5 p.m. Can’t make it to the event? Order yours now!

June 28: Now, all the world is Figment’s stage! To celebrate the launch of the new, limited edition figurine, Figment Actor, sculptor Jacqueline Perrault will be on hand for a special appearance and signing from 11 a.m. to 1 p.m. and again from 3 to 4 p.m. at Art of Disney in Epcot. Unable to make it? Take advantage of a special pre-purchase opportunity now through June 27. Also appearing for a special artist signing will be Kevin-John from 1 – 3 p.m.