Animator and story artist Dave Michener, who worked at Walt Disney Studios for more than 30 years, has died at the age of 85.  His wife Donna said he died at his Los Angeles home on February 15 from complications due to a virus.

Michener starting with Disney in 1956, right out of college, and worked there until his retirement in 1987.  He contributed to classics like “Sleeping Beauty,” “One Hundred and One Dalmatians,” “Mary Poppins,” “The Jungle Book,” “Winnie the Pooh and the Blustery Day,” “The Aristocats,” “Robin Hood,” “The Rescuers” and “The Fox and the Hound.”

He was hired by Walt Disney himself, who had seen one of his art exhibits at the Chouinard Art Institute. Michener also produced and directed character animation for Epcot Center in the 1980s, followed by similar duties at Tokyo Disneyland’s “Meet the World” attraction and the pre-show PSA on the history of aviation at Disneyland. 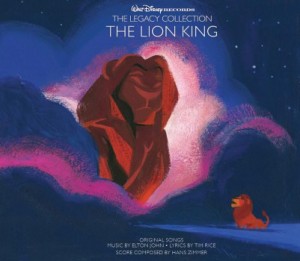 Members of D23: The Official Disney Fan Club will get a chance to hear some of the music before it’s released during the D23 Disney Fanniversary Celebration roadshow, which will tour the country later this year, and D23 Members have the opportunity to purchase the complete collection with a special set of exclusive prints at a special price.

To honor these musical landmarks, Walt Disney Records The Legacy Collection will feature the beloved original soundtracks, plus valuable documentary content that tells the story behind the music. Each album will feature newly created artwork from Lorelay Bove, a visual development artist at Walt Disney Animation Studios (Tangled, Winnie the Pooh, Wreck-It Ralph). The illustrations, inspired by the original properties, will celebrate Disney’s rich heritage and create a unified look for the entire collection.

Disc One
1. “Circle of Life/Nants’ Ingonyama” Performed by Carmen Twillie, African Vocals Performed by Lebo
2. “Didn’t Your Mother Tell You Not to Play With Your Food” Score
3. “We Are All Connected” Score
4. “Hyenas in the Pride Land” Score
5. “I Just Can’t Wait to Be King” Performed by Jason Weaver with Rowan Atkinson and Laura Williams
6. “Elephant Graveyard” Score
7. “I Was Just Trying to Be Brave” Score
8. “Be Prepared” Performed by Jeremy Irons with Whoopi Goldberg, Cheech Marin and Jim Cummings
9. “Simba, It’s to Die For” Score
10. “Stampede” Score
11. “Mufasa Dies” Score
12. “If You Ever Come Back We’ll Kill You” Score
13. “Bowling for Buzzards” Score
14. “Hakuna Matata” Performed by Nathan Lane, Ernie Sabella with Jason Weaver and Joseph Williams
15. “We Gotta Bone to Pick With You” Score
16. “Kings of the Past” Score
17. “Nala, Is It Really You?” Score
18. “Can You Feel the Love Tonight” Performed by Joseph Williams and Sally Dworsky with Nathan Lane, Ernie Sabella and Kristle Edwards
19. “Remember Who You Are” Score
20. “This Is My Home” Score
21. “The Rightful King” Score

Sleeping Beauty, the enchanting Disney masterpiece, is going to be re-issued on Disney Blu-ray™, DVD and Digital Download on June 2, 2014.

The breathtakingly beautiful and timeless fantasy, which took nearly a decade to produce, was initially released in 1959.  Sleeping Beauty was the studio’s final animated film that was lovingly and attentively handcrafted using ink.  The wonderful stereophonic musical score, based on Tchaikovsky’s titular ballet, earned the film a prestigious Academy Award®.
With Maleficent, starring Angelina Jolie, hitting cinemas on 28th May, this is a timely release to revisit one of Disney’s must-own classics.