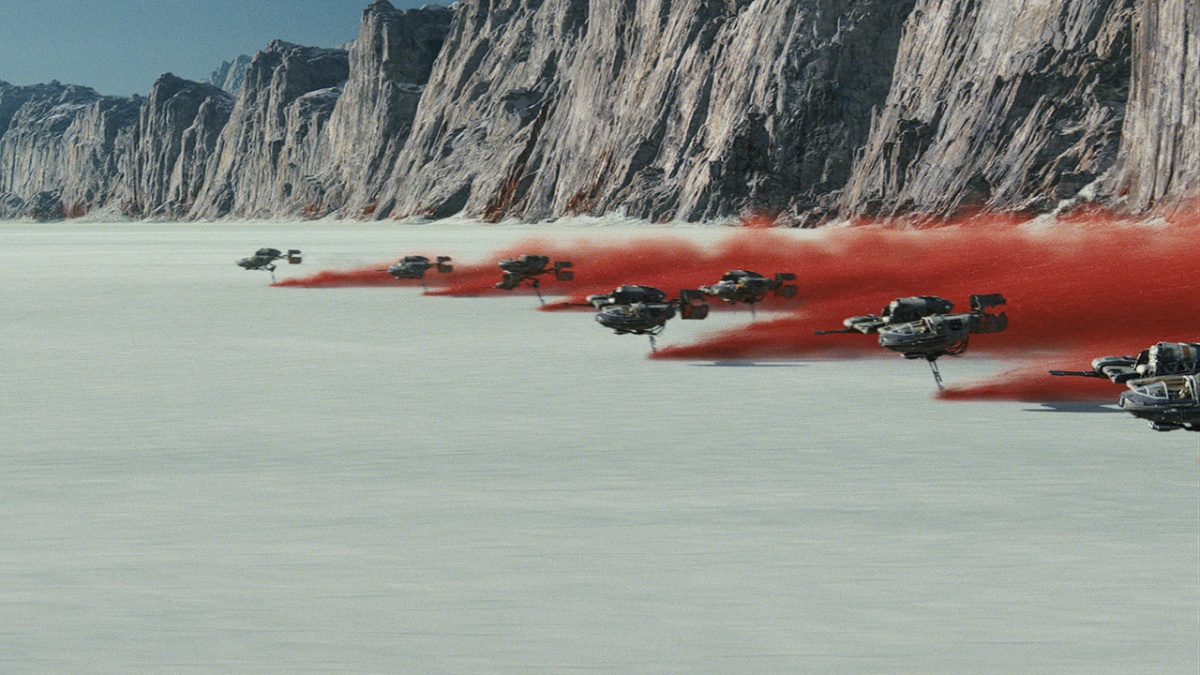 Earlier this year Disney told us about a thrilling new adventure coming to Star Tours – The Adventures Continue at Disneyland and Disney’s Hollywood Studios that will place guests in the middle of an epic battle. The action takes place on the planet of Crait, which we got our first glimpse of in the teaser trailer of Star Wars: The Last Jedi earlier this year.

Today Disney has announced that this exciting new sequence, inspired by the latest film in the Star Wars saga, will debut at Disneyland and Disney’s Hollywood Studios on November 17, at Disneyland Paris November 22, and, as previously announced, at Tokyo Disneyland December 15!

During Star Wars Celebration in Orlando last week, Star Wars fans got their first look at the teaser trailer for Star Wars: The Last Jedi. Fans attending a special panel discussion entitled Star Wars and Disney Parks: A Galaxy in the Making also learned that a new destination will be coming to Star Tours – The Adventures Continue at Disneyland park and Disney’s Hollywood Studios later this year featuring some of the iconic actions and locations showcased in the trailer!

This new Star Tours adventure, first announced by Walt Disney Parks and Resorts Chairman Bob Chapek last fall, will take guests to the planet of Crait in the middle of an epic battle … and it’s like nothing that frequent Starspeeder travelers have ever seen!