After a couple of delays, Niki Caro’s Mulan remake was scheduled to be released to theaters on August 21.  It originally had a March release date.

In a statement, a Walt Disney Studios spokesperson said –

“Over the last few months, it’s become clear that nothing can be set in stone when it comes to how we release films during this global health crisis, and today that means pausing our release plans for Mulan as we assess how we can most effectively bring this film to audiences around the world.”

The studio also announced that the planned Avatar and Star Wars sequels have been delayed. The first of James Cameron’s four new Avatar follow-ups was originally set for release in December 2021 and has since been pushed back a year, meaning that the new four new films will see theater releases in December 2022, 2024, 2026, and 2028.

On social media, Cameron shared a letter to Avatar fans, revealing that not only did the ongoing COVID-19 pandemic delay live-action filming in New Zealand, but it also halted soundstage work in Los Angeles.

“There is no one more disappointed about this delay than me,” Cameron wrote. “But I am buoyed by the incredible performance of our cast and the extraordinary work that Weta Digital is doing bringing the world of Pandora and the characters of the film to life.” 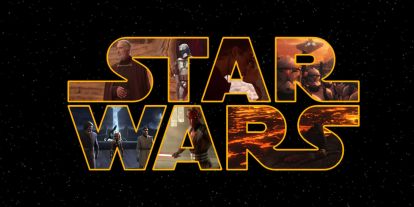 The three untitled Star Wars movies have also been pushed back one year and are now scheduled for December 2023, 2025, and 2027.

Disney has shifted a few of its planned theatrical releases to its streaming service, Disney+, including Artemis Fowl and the filmed Hamilton movie (which was originally supposed to hit theaters in 2021), as the coronavirus pandemic continues to keep movie theaters closed. For now, the studio seems committed to releasing some of its big-budget films like Mulan in theaters, even if they have yet to set a date.

Notably absent from Disney’s release date announcement was the much-delayed superhero film The New Mutants, which has already been pushed back multiple times since its original 2018 date. (It was finally supposed to hit theaters in April 2020 but was rescheduled for August once the pandemic broke.) As of right now, The New Mutants is still set for Aug. 28, 2020, making it Disney’s next planned theatrical release.

Mulan, Disney’s live-action version of its 1998 animated movie, is the latest Hollywood blockbuster to be postponed as the coronavirus pandemic wreaks havoc on the entertainment industry.

Disney also confirmed that the release of the movies The New Mutants and Antlers will also be postponed.

Part of a statement from Disney is below –

As you know this has been a rapidly evolving situation and we wanted to make you aware that we are postponing the releases of MULAN, THE NEW MUTANTS and ANTLERS out of abundance of caution.  Media preview screenings will be rescheduled once we have a new release date.

Director Niki Caro announced via Instagram late Thursday that Mulan will not roll out globally later this month as originally scheduled.

“We are so excited to share this film with the world, but given the current ever-shifting circumstances we are all experiencing, unfortunately, we have to postpone the worldwide release of Mulan for now,” Caro wrote. “Our hearts are with everyone the world over who is affected by this virus, and we hope that Mulan’s fighting spirit will continue to inspire those who are working so hard to keep us all safe.”