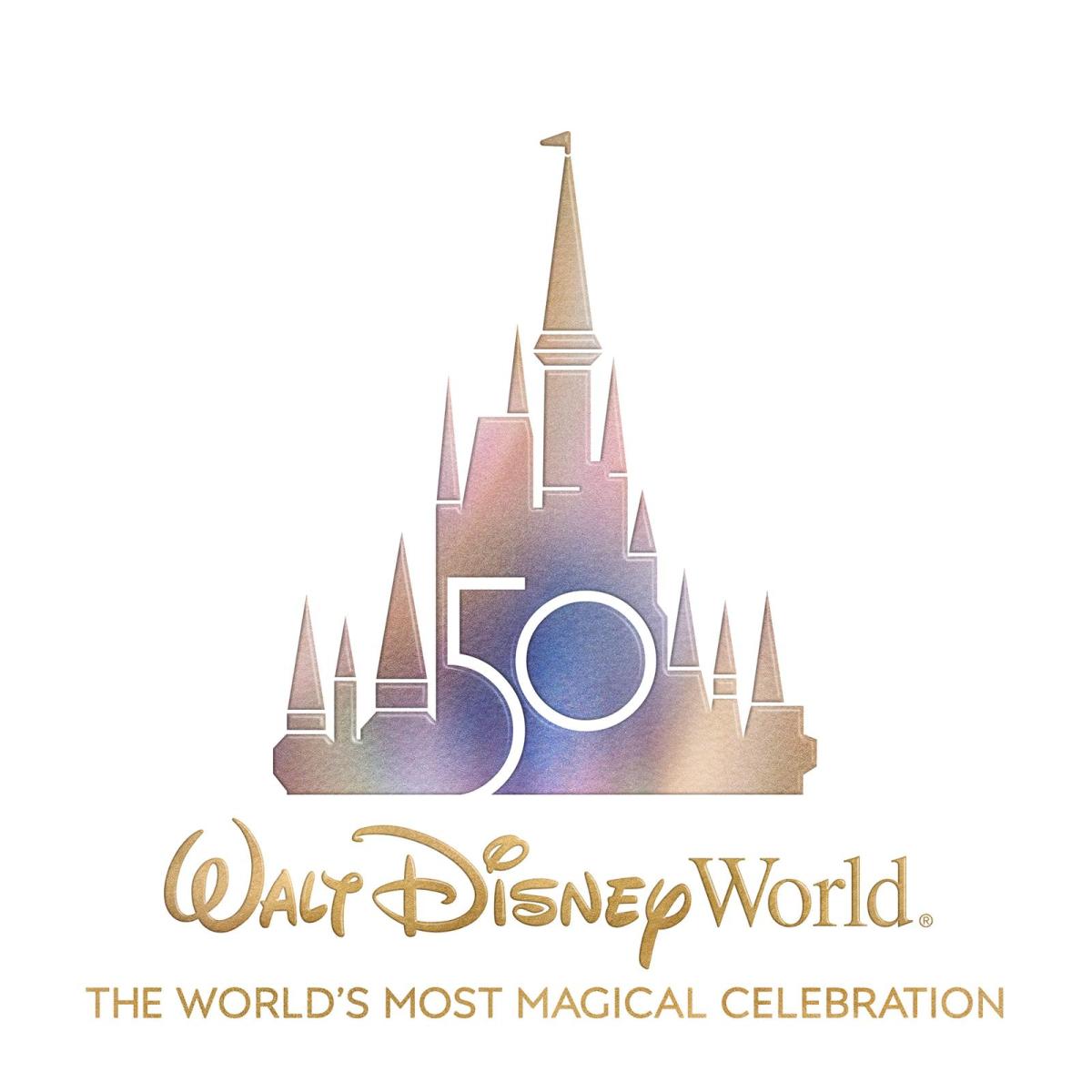 In honor of the 50th anniversary, Disney will be bringing new experiences to the four theme parks and beyond.  Disney has even coined a new word – “EARidescence” to describe what guests will see when they visit.

As part of the celebration, Cinderella Castle at the Magic Kingdom will add to its royal makeover from last year.  As seen in this new artist rendering, the castle will feature golden bunting and a 50th anniversary crest as part of its festive new look.

At EPCOT, new lights will shine across the reflective panels of Spaceship Earth, connecting to one another and resembling stars in a nighttime sky. This new lighting will become permanent and will continue beyond “The World’s Most Magical Celebration” as a defining feature of the park.

The Hollywood Tower Hotel at Disney’s Hollywood Studios will receive new touches that will give it a brilliance evoking the golden age of imagination and adventure.

At Disney’s Animal Kingdom, the Tree of Life will see magical fireflies gathering to usher in the magic of nature.

Mickey Mouse and Minnie Mouse haven’t been left out.  They will have sparkling new looks for the celebration. As hosts of the event, they’ll be dressed for the occasion in custom-made fashions of EARidescent fabric with gold highlights.