He’s among 20 chefs from Florida, Alabama, Mississippi, Louisiana and Puerto Rico nominated for the honor. The final ballot will be announced on March 24, with chefs chosen by regional judges. Winners will be announced in Chicago on May 4.

With only 53 coveted seats in the dining room, plus the opulent (and even smaller) Queen Victoria’s Room and private Chef’s Table in the kitchen, Chef Scott sources the freshest seasonal ingredients from around the globe in a menu that changes daily.

Last year, Disney showed us a preview of the work that we’re doing to make one of our guests’ favorite areas at Magic Kingdom Park even better. Disney  has announced that several new sections of the Central Plaza area between Main Street U.S.A. and Cinderella Castle are now open. 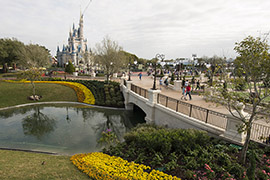 This marks the first milestone in Walt Disney World’s multi-phase project that will add in sculpted gardens, new pathways, and expanded restaurant seating. And beginning February 27, the FastPass+ viewing location will relocate from the the Rose Garden Fireworks Viewing Area to the Main Street Plaza Gardens (an area adjacent to The Crystal Palace).

nterested in using Disney FastPass+ service for this new area? Check out your My Disney Experience account. 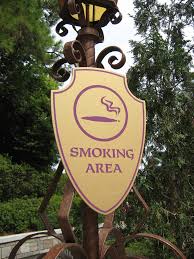 The changes will be reflected on new park maps. 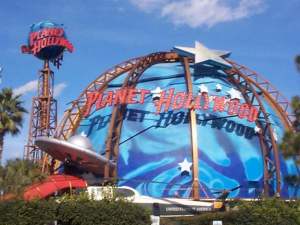 As part of the transformation of Downtown Disney into Disney Springs, Orlando-based Planet Hollywood will remain as one of the tenants and will also undergo a few changes of its own.

The iconic globe will morph into Planet Hollywood Observatory, with extensive renovations and artistic treatment to make it a better fit with the Disney Springs theme. Included will be a four-story stargazing observatory, a newly-expanded outdoor terrace and bar.   The observatory’s exterior will share the Disney Springs turn-of-the-century design aesthetic.

“We’re thrilled to be a part of Disney Springs and transform our brand as Disney evolves its exciting new venue,” said Planet Hollywood International Founder and Chairman Robert Earl. “With Planet Hollywood Observatory, we are refreshing our dining experience as we renew our commitment to the new, rising stars of the entertainment industry -­- a part of our core mission since inception.”

The Planet Hollywood makeover is expected to be finished in 2016. 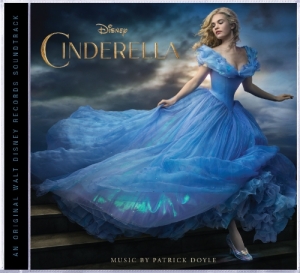 Walt Disney Records will release the original motion picture soundtrack for Cinderellaon March 10, 2015. The album features original music by Patrick Doyle (“Brave,” “Thor”) marking the eleventh time Doyle has teamed with director Kenneth Branagh. The score was recorded at Air Lyndhurst Studio in London, and was performed by the London Symphony Orchestra conducted by James Shearman and produced by Maggie Rodford. The film arrives in theaters on March 13, 2015.

Patrick Doyle’s long-time creative collaboration with Branagh began in 1989 with “Henry V.”  The film’s song ‘Non Nobis Domine’ was awarded the 1989 Ivor Novello Award for Best Film Theme. In 1991, they re-teamed for “Dead Again,” which earned Doyle a Golden Globe®-nomination. Subsequent collaborations include “Frankenstein,” “Much Ado About Nothing,” “Love’s Labour’s Lost,” “As You Like It,” “Hamlet” (for which Doyle received an Oscar® nomination for Best Original Score), “Sleuth,” and “Jack Ryan: Shadow Recruit.”

Doyle has scored over 50 international feature films, including “Rise of the Planet of the Apes,” “Harry Potter and the Goblet of Fire,” “Gosford Park,” “Sense and Sensibility,” “Indochine,” “Carlito’s Way” and “A Little Princess.” His work has led to collaborations with some of the most acclaimed directors in the world, including Regis Wargnier, Brian De Palma, Alfonso Cuarón, Ang Lee, Chen Kaige, Mike Newell and Robert Altman.

The story of “Cinderella” follows the fortunes of young Ella (Lily James) whose merchant father remarries following the death of her mother. Eager to support her loving father, Ella welcomes her new Stepmother (Cate Blanchett) and her daughters Anastasia (Holliday Grainger) and Drisella (Sophie McShera) into the family home. But, when Ella’s father unexpectedly passes away, she finds herself at the mercy of a jealous and cruel new family.

Soon, she is forced to become their servant, disrespected, covered in ashes and spitefully renamed Cinderella. Yet, despite the cruelty inflicted upon her, Ella will not give in to despair nor despise those who mistreat her, and she continues to remain positive, determined to honor her mother’s dying words and to “have courage and be kind.”

When Ella meets a dashing stranger in the woods, unaware that he is really the Prince (Richard Madden) and not merely Kit, an apprentice at the palace, she believes she has finally found a kindred soul. It appears her fortunes may be about to change when the King (Derek Jacobi) summons all maidens in the kingdom to attend a royal ball at the palace, raising Ella’s hopes of once again encountering the charming Kit. Alas, her Stepmother forbids her to attend and callously destroys her dress.

Meanwhile, the calculating Grand Duke (Stellan Skarsgård) devises a plan to thwart the Prince’s hopes of reuniting with Ella and enlists the support of the devious Stepmother. But, as in all good fairy tales, help is at hand. Soon, a kindly beggar woman (Helena Bonham Carter) steps forward and, armed with a pumpkin, a few mice and a magic wand, changes Cinderella’s life forever.

The Cinderella original motion picture soundtrack will be available wherever music is sold on March 10, 2015. The album is now available for pre-order at iTunes http://smarturl.it/cnsa1 and Amazon http://smarturl.it/cnsama1. The physical CD will include an insert to download a new original song performed by Idina Menzel, Kristen Bell and Cast from the short “Frozen Fever.”  The animated short will be shown in front of “Cinderella” and includes the new song written by Oscar and Grammy-winning composers Kristen Anderson-Lopez and Robert Lopez.

Parents sailing with Disney Cruise Line now have an easier way to identify healthier menu choices for their children. As part of Disney’s commitment to make healthy living simpler and more fun for families, Mickey Check meals are now offered in rotational dining restaurants aboard all four Disney ships.

To receive the Mickey Check, foods must be nutritious and meet Disney Nutrition Guidelines for calories, saturated fat, sodium and sugar. These guidelines were developed by leading child health experts and align to best-in-class dietary guideline recommendations. A complete Mickey Check kids’ meal, for example, includes three or more nutritious food groups (such as vegetables, whole grains, lean protein), has limited added sugar and does not have any trans fats.

“More and more families are looking for healthier options when they travel, and with Mickey Check, we’ve made it easy for them to identify these choices on our menus,” said Ozer Balli, vice president of Hotel Operations for Disney Cruise Line. “Disney is known for exceptional, innovative and fun dining experiences at its parks and resorts around the world. And dining aboard a Disney Cruise Line ship delivers on the trust, quality and promise guests expect. Now, with the Mickey Check, our expert chefs are taking healthy food and making it fun and delicious for our youngest guests.”

Immersive dining experiences at Disney Parks and on Disney cruise ships blend cuisine with storytelling in a way that only Disney can. Whether it’s a quick meal on the go, a character dining experience or an exquisite adults-only dinner at Remy, cruise guests will find a range of food and beverage options to satisfy their exotic, health conscious and even comfort-food tastes.

Children of the ’80s, rejoice.

“DuckTales,” the beloved animated series, will be remade for a new audience, Disney announced today.

“‘DuckTales’ has a special place in Disney’s TV animation history,” said Marc Buhaj, Disney XD’s Senior Vice President of Programming and General Manager, in a statement. “It drew its inspiration from Disney Legend Carl Barks’ comic books and through its storytelling and artistic showmanship, set an enduring standard for animated entertainment that connects with both kids and adults. Our new series will bring that same energy and adventurous spirit to a new generation.”

The new series will again feature the adventures of Scrooge McDuck and his grandnephews, Huey, Dewey, and Louie, as well as Donald Duck.

The reboot of the show, which originally aired from 1987-1990, is set to launch in 2017 on Disney XD channels worldwide

Following yesterday’s release of the dates for Mickey’s Not-So-Scary Halloween Party Disney has released the dates for the 2015 Mickey’s Very Merry Christmas Party.

Tickets go on sale in April, with pricing to be announced later.

The Hong Kong government plans to double the size of the Disneyland theme park with Walt Disney Co. in the city.

The second-phase development will cover an estimated area of 60 hectares, like the first phase, with attractions, hotel development and retail facilities, according to Tsang.

Pirates of the caribbean is scheduled to close for a major refurbishment this summer.

The closure will begin on May 11th and will run through September 25th.  The attraction will be reopening to guests on September 26th.

Pirates of the Caribbean is experiencing a number of show and ride system issues that require a lengthy closure. Animatronic issues, show audio problems, and continuing issues with boats taking on water are all likely to be addressed.