If you are one of the more than 16,000 runners ‘dropping in’ to participate in The Twilight Zone Tower of Terror 10-Miler Weekend, October 3-4, at Walt Disney World Resort, then we have a little motivation to help you with your training.

From the youngest runners in the runDisney Kids Races to the most experienced runners in the Disney Happy Haunted 5K Trail Run at ESPN Wide World of Sports Complex and the 10-Miler, we often hear, “it’s all about the ‘bling’.” With that in mind, we are excited to share what waits for you at the finish lines of this year’s events.

There will be no tricks, just treats when kids receive the Halloween-inspired Donald Duck medallion for participating in the diaper dash, 100m, 200m 400m and 1-Mile races.

Be careful of hitchhiking ghosts if you are participating in the Disney Happy Haunted 5K Trail Run. New this year, the medallion glows in the dark!

And nothing can be more fitting than the 2014 The Twilight Zone Tower of Terror 10-Miler medal, featuring The Hollywood Tower Hotel. Not only does this medal glow in the dark, the elevator moves up and down.

The Garden View Tea Room is scheduled to reopen to guests on August 30, 2014.

During the closure, the My Disney Girl’s Perfectly Princess Tea Party will be relocated to Citricos restaurant at Disney’s Grand Floridian Resort.

The Walt Disney World Monorail will be operating under an extended hours schedule during the July 4th holiday.

Outside of the holiday dates, the monorail will continue to operate the new schedule reported earlier this month.

Here are the merchandise events headed your way this July at the Walt Disney World Resort!

June 20 – July 3: Artist David E. Doss will be appearing daily at Art of Disney in Downtown Disney Marketplace. Stop in and find a new piece of art to add to your collection! Look for David again July 24 – 27

June 26 – July 7: Find the latest releases from Precious Moments doll designer and artist Linda Rick at Once Upon A Toy in Downtown Disney Marketplace. Look for special appearances by Linda each day, July 3 -6. Visiting later in the month? Stop by July 17 – 28.

July 4 – 11: Meet artist Greg McCullough this month at the Walt Disney World Resort. Greg will appear at Art of Disney in Downtown Disney Marketplace, July 4 – 11 as well as July 30 – August 3. Look for additional appearances by Greg at Art of Disney in Epcot, July 16 – 20 and July 23 – 27.

July 25: Get an early jump on your holiday shopping and celebrate Christmas in July with us and Disney artists, Costa Alavezos, Cody Reynolds and Derrick Lirette from 6 – 8p.m. at Disney’s Days of Christmas in Downtown Disney Marketplace.

Have you signed up for Harambe Nights at Disney’s Animal Kingdom? Keep an eye out for specially themed merchandise and special appearances by artists Brian Blackmore, Larry Dotson, Greg McCullough and Darren Wilson.

Finally, a limited number of tickets to Disney Trade Celebration 2014 – Imagination Gala taking place at World ShowPlace in Epcot, September 5 – 7 are still available, so sign up for the Pin and Vinylmation Showcase Packages today!

Guests can celebrate America’s birthday with a red, white and blue extravaganza at Walt Disney World Resort. There will be no shortage of nighttime fun as fireworks will dance across the skies above the Florida vacation kingdom. This year marks a special milestone in America’s history, too: the national anthem, “The Star-Spangled Banner,” observes its 200th anniversary in 2014.

Here’s a look a what’s in store:

The celebration begins with “Disney’s Celebrate America! A Fourth of July Concert in the Sky,” July 3 and 4 at Magic Kingdom. The 14-minute fireworks spectacular rockets into the sky above Cinderella Castle at 9 p.m. both nights.

The fireworks are set to an exciting musical score produced in a concert band style. This score was specifically created to stir a sense of pride in being American, show producers say, while at the same time, inviting guests from around the world to feel part of the celebration.

Guests also can enjoy a twist on traditional fireworks with the “Rockin’ 4th of July Celebration.” At Disney’s Hollywood Studios, the party kicks off at the Sorcerer’s Hat stage at 6 p.m. and continues through 11 p.m. on July 4 with live entertainment from “The Hollywood Rockers” whose music will take guests on a rockin’ road trip across America.

Everything leads up to a special rock n’ roll fireworks presentation above the Sorcerer’s Hat starting at 10:15 p.m.

Guests visiting Epcot on July 4 will have the opportunity to meet some of their favorite Disney characters dressed in patriotic attire throughout the afternoon at the American Adventure Pavilion. Voices of Liberty, the eight-part a capellagroup, will have special performances at American Gardens Theatre at 12:30, 1:45 and 3 p.m. They also will perform inside the American Adventure Rotunda at 4:15 and 5 p.m. that day. Guests also will have the opportunity to catch the Spirit of America Fife & Drum Corps outside at 1, 2:15, 3:30, 4 and 4:45 p.m.

That evening, the spectacular fireworks and laser show “IllumiNations: Reflections of Earth,” lights the night at 10 p.m. with a heart-pounding grand finale in a salute to America.

Pride in America is a daily celebration at Walt Disney World Resort, not just on July 4. Other patriotic offerings that guests can enjoy year-round in the parks include indoor attractions that offer shows about the history of America, dining options and entertainment.

Guests at Epcot’s American Adventure Pavilion will find various ways to explore America’s past and present with “We, The People,” a journey through pivotal moments in America’s history narrated by Audio-Animatronic figures of Benjamin Franklin and Mark Twain, and “The Kinsey Collection,” an exhibit that showcases 400 years of African-American achievement through rare art, documents, books and artifacts.

At Magic Kingdom, The Hall of Presidents: A Celebration of Liberty’s Leaders gives guests an entertaining lesson in American history. Guests also can get a taste of traditional New England-inspired foods at Liberty Tree Tavern, a restaurant situated in a colonial-style inn that serves lunch and dinner daily. After nightfall, dancing patriots, a stately bald eagle, glittering lights and the patriotic music of the Main Street Electrical Parade all honor America as the parade’s stunning final float lights Main Street, U.S.A. nightly.

Even the waters of Seven Seas Lagoon glitter with patriotic pride when the Electrical Water Pageant sets sail. The pageant features the American flag and red, white and blue stars set to patriotic tunes, along with favorite sea creatures. Guests can view the water pageant nightly from various resorts surrounding the lagoon.

Disneyland Resort guests are invited to show their patriotic Disney Side this summer to celebrate America’s birthday.

Guests will celebrate the holiday with a special fireworks show, “Disney’s Celebrate America! A Fourth of July Concert in the Sky.” This stunning pyrotechnic production salutes the pioneering spirit and enduring beauty of America. On July 1-4 at 9:25 p.m., the skies above Sleeping Beauty Castle will light up with a colorful display of fireworks, choreographed to a striking musical score that celebrates the best of America.

In addition to “Celebrate America!” the 3rd Marine Aircraft Wing Band is returning to Disneyland Park and will perform several times throughout the day on Friday, July 4. The band will perform along the parade route at 3:30 p.m., just before the “Frozen” pre-parade and the first performance of Mickey’s Soundsational Parade. The band also will appear in Town Square at 5:30 p.m. during the Disneyland Park flag retreat ceremony, as well as along the parade route back to “it’s a small world” at 5:45 p.m. Finally, guests can see the full band in concert at Big Thunder Ranch Jamboree on stage, starting at 7:15 p.m.

Also on July 4, the water spectacular “World of Color” features a special, patriotic pre-show, prior to the 9 p.m. and 10:15 p.m. performances. Guests can “Glow with the Show” with special interactive Ear Hats that become part of “World of Color” at Disney California Adventure, and part of the “Celebrate America!” fireworks spectacular at Disneyland.

Guests may also explore their patriotic Disney Side by visiting the inspirational Great Moments with Mr. Lincoln attraction on Main Street, U.S.A., or by attending the flag retreat ceremony, held in the early evening each day at Town Square in Disneyland. Additionally, the patriotic super hero Captain America greets guests daily from 11 a.m. to 6 p.m. at Innoventions.

Both tours last six to seven hours and include experiencing a certain number of attractions at Magic Kingdom Park,Disney’s Hollywood Studios and Disney’s Animal Kingdom – such as Seven Dwarfs Mine Train, Toy Story Midway Mania! and Expedition Everest. (The Ultimate Day for Young Families – A VIP Tour Experience offers attractions that are specifically accessible to young children, as well). Both tours also include a meal at a Disney table-service restaurant. These tours will be offered Tuesdays, Fridays and Sundays, and cost $299 per person. Disney Vacation Club Members, Disney VISA Cardholders and Annual Passholders receive a 15% discount.

Like Olaf, have you ever closed your eyes and imagined yourself in another place? In summer, maybe? At Walt Disney World Resort? Or perhaps in the snow-covered kingdom of Arendelle, from Disney’s instant classic, “Frozen.” Why not all three?! After all, the hot and the cold are both so intense, if you put them together it just makes sense! And that’s just what we’re doing as part of an incredible new experience.

This summer, the world of “Frozen” takes center stage at Disney’s Hollywood Studios. We’re opening up the gates July 5 for a summer-long happening, featuring a full day of all-new, immersive “Frozen” experiences you won’t want to miss, every day through September 1!

Here are some of the highlights:

If you’re somewhere in that zone, like me, you’re already bursting with anticipation for “Frozen Summer Fun – Live at Disney’s Hollywood Studios.” Starting July 5, the sky will be blue, and you guys will be there, too! It’s going to be a great summer for snowmen, royalty, and anyone who’s a fan of “Frozen!”

Cinderella’s Royal Table at the Magic Kingdom is scheduled to close for a three month refurbishment in early 2015.

The very popular restaurant will close on January 5 2015.  The princess character dining experience is expected to reopen to guests on March 7 2015.

Those looking for an alternative princess dining experience Akershus Royal Banquet Hall at Epcot’s Norway Pavilion is being suggested. 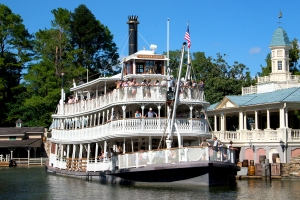 The park operating hours and Extra Magic Hours schedule for Walt Disney World has been significantly changed in a recent calendar update.

Most of the evening Extra Magic Hours at the Magic Kingdom have been moved to different days from mid-July until the end of the year, along with morning Extra Magic Hours at Disney’s Animal Kingdom. Both parks have seen significant extensions to park hour. The Magic Kingdom has seen an increase in the number of Main Street Electrical Parade performances.

Disney’s Hollywood Studios has also seen changes to EMH days, and a lot of extensions to regular operating hours and additional Fantasmic! shows.

Epcot appears to have escaped any changes so far.

If you are planning, or already have a trip planned, you should double check the calendar for any changes that may impact your trip.